This here is what UFOlogists call, “The Wedge of Aiud.”

It was supposedly found near some mastodon bones in 1974 in Romania. Sure, I’ll buy that, however, this thing’s all over the Interwebicles under headlines like “Experts are studying mysterious aluminum object that could date back to 250,000 years” (it does not) or “Experts speculate aluminum artifact may be a part from a UFO” (experts in what, pray tell?) or “Romanian Artifact Defies LOGIC” (it does not, but gullibility does).

It’s an excavator tooth. One of those pointy dirty scoopy thingamaboobers on the bitey end of excavator buckets like this one:

These things are made in a metric crap ton of styles by companies all over the world, but when they found it, I’ll bet you a can of soup someone at the site knew the exact make and model of the excavator it came off of–because it’s the one he’d used to dig the hole.

But….but aluminiminimumum… Yeah….some of these “experts” even claim to have had the metal analyzed and found to contain mostly aluminum and copper and a handful of other traces—in otherwords, Duralumin 2000, the international standard alloy designation for this stuff going back quite a ways further than you might imagine 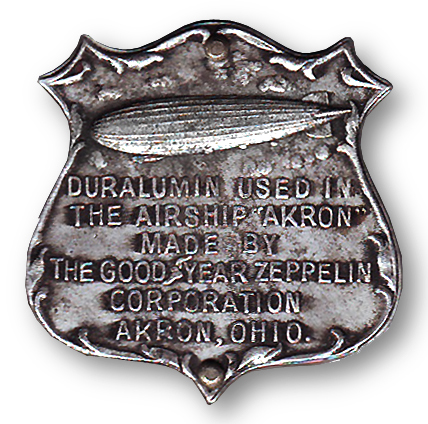 This is definitely an excavator tooth.

The only mystery is, why does anyone, anywhere, pay any attention to anyone who days otherwise?

While we are at it, this

is not a 400 million year old “Out of place artifact” as claimed by pseudoscientist wackadoos the world over. This, “The London Hammer” is an ordinary hammer,  dropped most likely in the late 19th century into a creek flowing through Ordovician strata in London Texas. Minerals dissolved out of the surrounding rocks concreted around the iron, as they always do around iron or steel objects when conditions are right. This conclusion is supported by the shells of modern freshwater clams caught up in the matrix. The nearby rocks are Ordovician, the hammer and the concretion are not.

Some rocks form very quickly, like the foundation of your house, for example. Cement is nothing but synthetic limestone and takes somewhat less than millions of years to form. There’s a reason, when mixed with aggregate, it’s called “concrete.”

Limestone concretion can form very quickly indeed around iron, which is why this can exist:

If you believe, as the wackadoos claim, that that stone is half a million years old, you might as well donate your brain to science now, it’s not doing you any good.

Reality is amazing. It needs no help from the gullible.