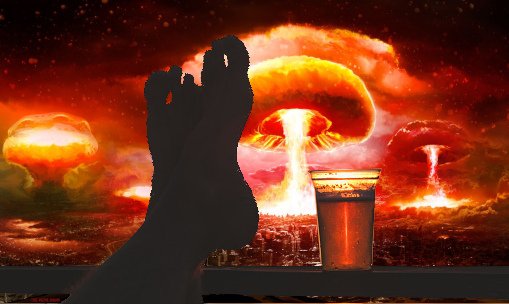 Space has become critical not only to the military but to the economy and all aspects of daily life, and as we stand at the dawn of a new age of space commerce, that’s only going to intensify. Like it or not, the militarization of space started long ago, threats are already up there, and wherever people and their interests go next, so too will go conflicts, intrigues, heroes and villains, and all that goes into making good stories.

Real Stories of the US Space Force will be a collection of science fiction stories and fact articles illustrating plausible current and future missions of America’s newest service branch and dispelling misconceptions about it.

Stories that grab from the start and stay with you for days.

Scientifically plausible stories about people facing interesting challenges related to the US Space Force or more generally, the policing and defense of near-Earth space and related issues, now or in the foreseeable future (the next century or so).

Stories don’t have to take place in space, involve the actual US Space Force, or be hard sci-fi, but they should help illustrate in some way how space technology shapes modern civilization in critical, often overlooked ways, how it is now or soon may come under threat, and how it might be defended now and into the future. See below for ideas.

Stories should be scientifically plausible. Alien contact or wildly advanced physics is a harder sell, through we may well include one or two of those if they are really excellent.

Flag-wrapped jingoism not required, but where applicable, stories should respect military culture and rank-and-file service personnel.

Stories can involve the military, civilian agencies, commercial interests, insurance companies, reckless endangerment, bureaucratic SNAFUs, cost overruns, inter-service rivalry, international gamesmanship, saber-rattling, pettiness, pig-headedness, micromanagement, office romance, LGTBQ+ issues, and any point you want to make about the government, the role of the military, the work-life balance of service families, the militarization of space, or the cost of tea in China, Humor welcome (and desired) as long as the USSF itself isn’t the punch line.

The USSF has designated a portion of John Philip Sousa’s 1901 march, “The Invincible Eagle” as the “interim Space Force March”, but there are no lyrics as yet (see https://www.dvidshub.net/audio/63938/official-interim-space-force-march).

You are invited to submit you lyric suggestion or craft service appropriate verse in the spirit of Robert MacArthur Crawford’s 1938 “The Air Force Song” (Off we go into the wild blue yonder…) perhaps set to another tune.

Query first. We already have articles about the origins of USSF, it’s insignia, motto, uniform, etc. but if you have an idea for a fact article you’d like to write, contact us.

WHAT WE DON’T WANT:

Space-based adventure or military sci-fi that doesn’t illustrate or address reasonably plausible real-world threats, concerns, and issues. A story about a fictional Space Patrol response to a realistic threat is fine, but a realistic US Space Force response to an absurd or fantastic threat (like alien invasion) is probably not what we are looking for.

Any style of fantasy or horror.

Use underline to indicate italics. It’s easier to see.

Em dashes should touch the words on both sides. Use either double-hyphen or em-dashes consistently, but not both.

Use double-spacing; do not double return between paragraphs.

One space after periods.

Submissions that don’t meet our guidelines will be rejected.

The USSF was created in 2019 when the paperwork from a multi-year, multi-administration, bi-partisan review process wound its way into the Oval Office. The USSF is a new service branch under the Department of the Air Force, and was initially formed mostly from the Air Force Space Command created in 1982 to coordinate space operations across multiple branches of the military.

The primary driver behind creation of USSF was that space operations is a distinct specialty that is increasingly critical not only to military operations, but to the entire national economy, and that despite this, the Air Force was not giving it the funding and attention it warrants.

USSF does currently have two astronauts, but only because they were in the Air Force when they applied to NASA and were later transferred to USSF. There are no plans for USSF space stations, moon bases, or orbital battleships, but if space commerce grows as it now looks like it will, some near-future crewed space capability is certain.

In the not-so-near future? You tell us.

USSF manages the US GPS constellation, which is essential to navigation, commerce, and such mundane activities as using an ATM or buying pretty much anything through a point-of-sale terminal to say nothing of its military applications.

Which makes the militarization of space to some extent inevitable.

People misbehave. If enough people go into space, there will be crimes to be investigated, smuggling to be stopped, arms to be intercepted, espionage, safety violations, permitting violations, legal conundrums.

Some services currently provided by USSF may in the future be better serves by the commerce department. For example, USSF provides a sort of “air traffic control in space” to prevent collisions of operational spacecraft, but if USSF were to start cleaning up debris, assets that can do that would be dual use (they could also be used offensively) which might lead to resistance from other nations, even international incidents.

The Chinese and Russian federation have both created a huge clouds of debris by testing direct-assent anti-satellite weapons.

The Russian Federation tested an offensive weapons capable of tampering with or inactivating an orbiting satellite by provocatively shadowing an operational, high-value American satellite.

Threat detection can include simply studying how a satellite behaves to see if its acting the way it should for the type it is and the operator who launched it.

No one wants war in space, as it would affect everyone equally. One of USSF’s jobs is to work with other branches to prevent anti-satellite weapons from ever reaching space, blowing things up, and creating debris fields.

USSF plans to launch a satellite, likely with a powerful telescope, into cislunar space. The satellite will be called the Cislunar Highway Patrol System or, you guessed it, CHPS. The CHPS program will be managed byMichael Lopez, from the lab’s Space Vehicles Directorate. (Alas, we were rooting for Erik Estrada).

One reason for CHPS may be concern about space objects placed into cislunar space by other governments that are then lost by the existing space situational awareness networks focused on low Earth orbit and geostationary orbit and can then swing around the Moon and attack a US military satellite in geostationary space.

“When we talk about economic infrastructure, I don’t think the general public realizes the extent to which the Global Positioning System’s timing signal is critical for these ATM transactions and every other point-of-sale transaction conducted in the United States and throughout most of the world,” Michael Griffin, a former NASA administrator, told US space policymakers in early October. “To what extent do we believe that we have defended ourselves if an adversary can bring our economic system near collapse?”

Of the 11 Defense Department combatant commands, the U.S. Space Command has the largest area of responsibility — starting at 100 kilometers above the earth and expanding into infinity,

What is Space Command?