Recently, a writer friend asked how I define success as a writer. A 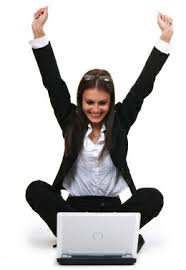 fter all, anyone can write, and these days, anyone with a credit card can publish. But not every putative writer can get others to pay for her work. And let us be clear: the numbers here are crushing.  Most literary agents consider only a fraction of a percent of the submissions they receive. Only a fraction of those are ever published, and only a fraction of those could possibly be stocked in the ever shrinking bookstore market. And if you think ebooks are a solution, consider the steep competition from public domain and pirated works and for reader’s time and attention.

Further, if you’ve ever read slush or critiqued, you know that Christopher Hitchens was right: everyone has at least one book in him, and for most, that’s just where it should stay. How then is the poor aspiring writer to know if he’s wasting his time and energies?

Well, let’s start with a sample size of one:

I started out doing technical writing because, well, the world needs good technical writing. I got better and better and did a stint writing for an online magazine. Then I resumed my childhood love of storytelling purely as as a lark with no real expectation of being published.

36,000 words later, I realized I had several novels in me that had been knocking around for years and more coming to mind. I started one of these, and 300,000 words later, realized I wanted to write, to be published, and to be read, and that to do that I would need to be a lot better at a great many things.

I went back to school. I wrote another half million words, pantsing through progressively tighter, better drafts of my novel. A few short stories. A few essays. I won a small award. Earned almost all “A”s. An instructor who’s taught at UC Berkeley for forty years told me my essays were among the best he’d ever had. And with that and $3, I can get a cup of jo.

But my writing is truly leaps and bounds better than it started. I still have much to learn, areas to work on, and I’m working on them.

And as I started learning about the business, I learned that an anthology I had enjoyed as a kid (L Ron Hubbard Presents Writers of the Future) was a contest I could enter. I figured I had as much chance of winning as of being Pope, but I entered, hoping to get some feedback. I got none, but earned an honorable mention on my second try. I kept learning. I was long listed for the James White award. I made my first sale. Then in December came the call that my third submission to Writers of the Future had finaled. Then that I’d won.

Clearly, this is success by a certain measure. All of a sudden I have momentum and followers and I’m meeting people who can help me learn more and go further than I’d ever imagined. I get to blow my vacation this year flying to LA to soak up all I can learn about a profession filled with moonlighters and paupers. And at the end of the day, chances remain good that I will NOT be the next JK Rowling, but will retire doing just what I’m doing now and be grateful for it, and maybe a little less satisfied than I was when I spent my weekends goofing off watching the squirrels instead of plotting out my next novel and studying dramatic structure and writing short stories that I cannot possibly sell for enough to recoup the time I have in them.

And by that standard, I’m one successful son of a bitch.