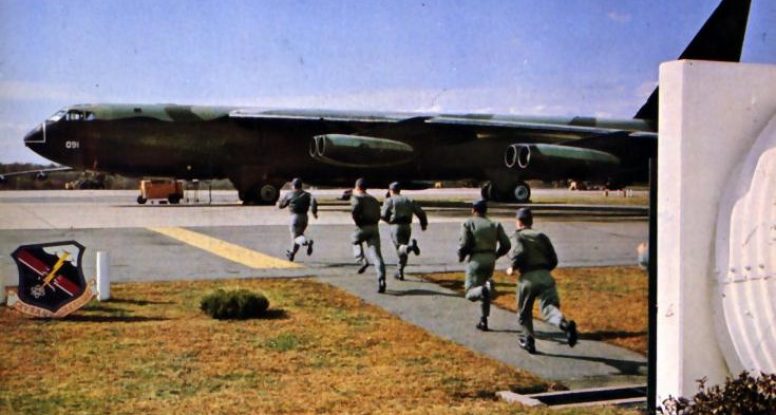 Sirens Through the Window

My daddy was a professional killer. Oh, he never actually did the deed, at least not on purpose. As a navigator-bombardier on a B-52, he may have killed a few soldiers hidden in the jungles of Vietnam and Laos, but that’s about as impersonal as killing gets. War may be hell, but for the most part, hellfire was a distant backdrop to the daily business of husbanding a complex aircraft through the gauntlet of checklists and maneuvers that made up each day-long mission. Often, the closest he got to combat was watching a string of overlapping shock waves, eerie and beautiful, as they rippled across the misty landscape far below.

He wore zippered nylon in jungle green, but his was basically a desk job, even if it was at 30,000 feet. He snacked on crackers and cheese provided by the women’s auxiliary, drank good coffee from a thermos, and cooked foil-wrapped TV dinners in an electric oven bolted next to the cockpit steps. When his work was done, he’d tinker with his navigational slide rules, start on the mission reports, or nap in the companionway–snug in his long johns till the fuel transfer started and the nose pitched down and the blood ran to his head.

Occasionally, a cluster bomb would get hung up on its shackle. Then he’d climb out onto the bomb bay doors and tie it off with bailing wire, hoping to hell the guys up in the cockpit didn’t hit the wrong switch while he worked. Sometimes, he heard approaching missiles through the radar set and could only pray the electronic warfare guy was on top of his game. Eventually, the Vietcong got their act together and missions had to drop beneath the radar. Then they flew through bone-shaking thermals above the treetops—within reach of hostile ground fire. Colleagues, then friends, started to die.

This was all a sideline, though–what the Strategic Air Command called “temporary duty.” Daddy’s real job was to deliver Mark-28 and Mark-36 thermonuclear bombs to targets within the Soviet Union, there to rip from the cold war machinery a few hundred thousand of its cogs — people with jobs and pets and children whose schools and dreams were little different from mine.

This was what he trained and drilled for. When he wasn’t overseas bombing the jungle, he served regular week-long tours in a half-buried bunker studying war plans and playing cards and waiting for the klaxons that would send his squadron running out onto the runway and charging off to ignite Armageddon.

He brought home a bulky appliance of chrome and gray, a forerunner of the text pagers that came a decade later. We were never to touch it, but if it ever squawked, he said, he would have to leave without explanation, and we were to pack at once and head for Grandmom’s farm.

This was our world. Daddy made wooden toys in the basement, and when he drove onto base, rifle bearing soldiers snapped out crisp salutes. When my sister and I played camp between the living room chairs, it was under a big rubber training map showing bombing corridors through the San Bernandino Valley. Sesame Street was sometimes preempted by congressional hearings or the latest news from Vietnam or Palestine. The world was gray suits and horned rim glassed, but we were Air Force blue. Everyone in our family hailed from a different hometown, but when the national anthem played, we all turned in unison — our hands raised together over stiff, proud chests.

The years moved on. The marriage didn’t survive the Carter administration. We’d all seen it coming — as much a part of Air Force life as water rationing and jet noise. While I was in high school in Shreveport, Daddy transferred to Great Falls and retired. Soon, tobacco did what the Vietcong could not. I went to college and made my way into a world newly freed from the threat of nuclear attack. The last time I saw my cold warrior daddy, he was in a metal box — air-force blue — and boys younger than I was were firing a last salute.

Then one day, I was ordered to Little Rock to assist with a corporate re-engineering effort. I stopped in one of the lush, green valleys between the mountains north of the river and bought new shoes and a sport coat, a uniform appropriate for a few weeks in close quarters with the company president and his directors. I joined them in a company-owned house in a middle-class neighborhood north of downtown. The living room was furnished with metal folding chairs. Yellow Post-It notes plastered the walls. The kitchen was stacked with pizza boxes and catering trays and equipped for popcorn and coffee.

A director led me to a back room to discuss a computer program he needed my help with. Outside was a neatly-mowed yard, sunny and calm and filled with birdsong. We’d just set to work when the birds fell silent and I heard through the window a familiar sound from decades past, and the hairs stood up on my neck.

On base, when I was little, there had been a community garden. One evening close to sunset, while we were planting peas, the sirens went off. All the fathers looked up at a yellow metal tower I had never noticed before, and at its flashing crimson light. Hushed, urgent voices passed along the rows. Hoes and shovels banged together and into the trunks of cars. Footsteps quickened. Children were swept up into hurried arms.

This all came flooding back as I sat in that window, listening to the familiar wail. My director explained about the weekly tornado drills. I explained about the garden. We laughed and continued our analysis, one small job in the great American drive for efficiency. I paused, though, while sweat still dampened my forehead, to remember the very different job that had been my daddy’s.

A decent, rather ordinary man, he had been given the lunatic task of saving the world by wielding the power to destroy it. He never talked about that power — never told me of the computer fault that once sent his squadron to within minutes of its failsafe point — the point beyond which keys would have been turned and envelopes opened and the flight could no longer have been recalled. Had it come to that, I believe he would have done his job. He would have flung his bolts into the heart of civilization, just as he was trained to do. He knew, far better than most people at that time, what that would have meant. 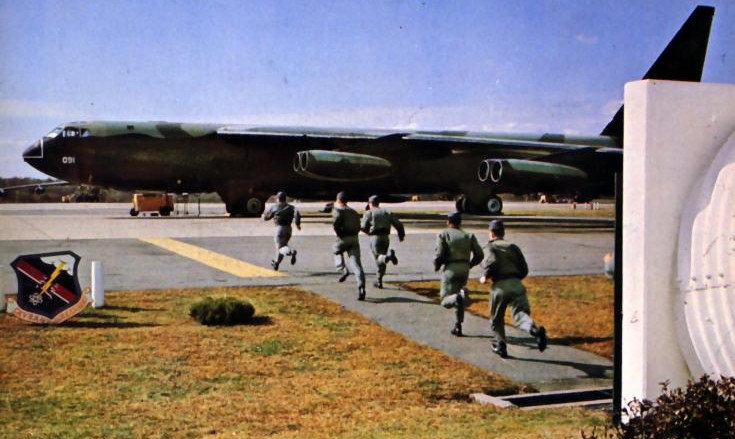 The sirens through the window recalled that time in the garden and the somber, purposeful reaction of airmen whose paternal instincts had been co-opted to drive them from their families and running to carry hellfire off into the night. It might have been a drill, it might have been the end of the world, but no one hugged or exclaimed or swore. The wives knew their duties as well as the men, and fell to established procedure.

In that moment, the war that could not be won had come home, in the battle for forced calm and delayed tears and in a hundred conflicting duties tearing through a generation. I knew nothing of war or duty. I could only look up at the purple sky and see my big, tall daddy and what no little boy should ever see written in his father’s eyes: the stoic resolve of a front line soldier, beyond the reach of hope or fear.