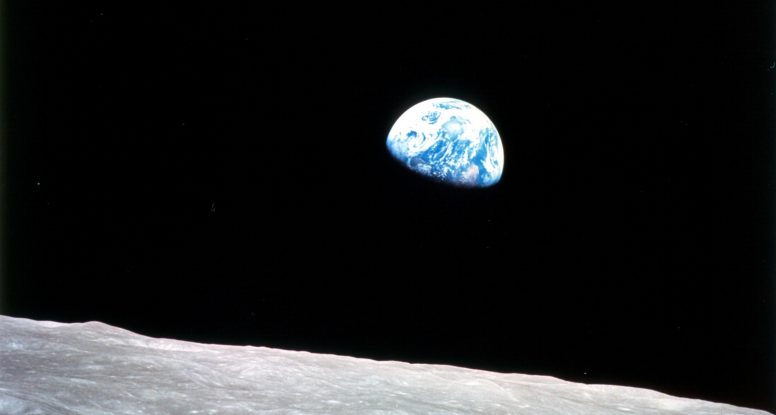 *Even to the most jaded, practical minded.

Asked recently on the Internet:

Why is the U.S spending so much money on NASA given that it is impractical and does not generate cash flow to sustain itself?

Because much of what NASA does isn’t immediately practical or capable of generating a self sustaining cash flow. Government has no business doing those things. Government should pay for things business can’t or won’t, like basic research.

NASA went to the moon because it was impossible, impractical, madness. But they did it, and in a very real sense, we all went with them, all of humanity, all of us with eyes to see and dreams to dream, and we came to see ourselves not as this

NASA is not just America’s space agency, it’s also the US government’s principle agency for research into all things aeronautic and space related.

Not all of these technologies are earth shattering (though together they have saved many lives, and by preventing injury and illness, saved countless millions that have been invisibly reinvested in the economy). Not all these technologies were first developed for NASA, but at least in these cases, NASA provided bridge funding without which they could not have been commercialized or without which their development and commercialization would have taken far longer.

NASA did not invent Velcro or the Space Pen, but they did find ancient lost cities all over the world, they did send robots to explore the solar system, they may now have just discovered the cure for osteoporosis, and they have inspired generations of men and women who today are inventing Star Trek “tricorders” and reusable spacecraft, and tomorrow will be boldly going where no man has gone before.

In the end, these things are what make us human. Without the adventure that takes us to new frontiers, without the creative drive that builds our culture—from Wagnerian Opera to Big Truck Tractor Pulls, we are just another ape, and a puny one at that.