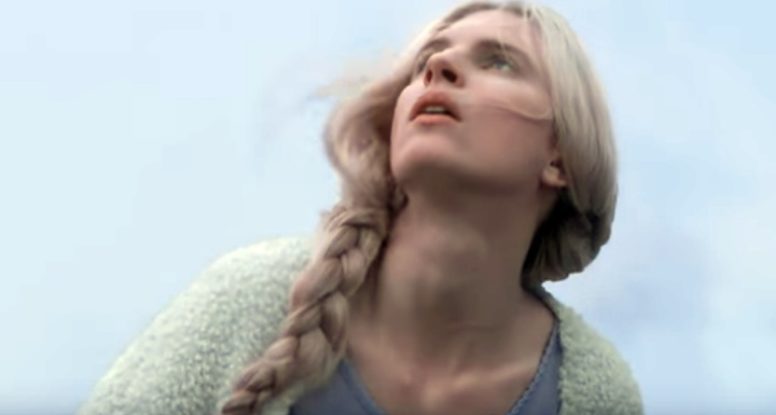 The OA: A Near Story Experience

Spoiler alert. If you haven’t yet watched Netflix’s series, The OA, to the end yet, go away and come back after you have. It’s okay. We’ll wait. 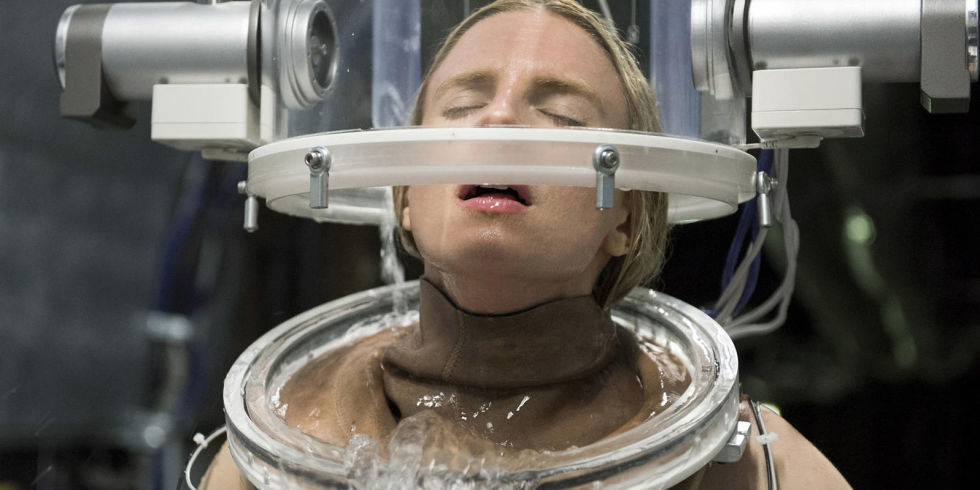 The OA is the story of Prairie Johnson, adopted daughter of two small town Samaritans who has just turned up in the hospital and on YouTube after having been abducted seven years previous, just as she reached her maturity. As she tries to readjust to normality, she acts weird and assembles her own little quasi cult of followers who meet every night in a half-finished house to hear the spooky tale of her childhood, her abductor’s maniacal research into near death experiences, and the trans-dimentional Tai-Chi she brought back from the wichy woman at the bottom of the lake, the veracity of which is apparently demonstrated by the odd nocturnal nosebleed.

Got that? Doesn’t matter. No really,

it doesn’t matter. See, however much Brit Marling and Zal Batmanglij have accomplished with this polished, moving tale, they’ve forgotten the cardinal rule of storytelling: it has to matter. There’s a reason dramas are sold as being based on a true story even when the only thing true is that most of the participants had a heartbeat. No one wants to slip into story world, live and struggle with a protagonist, and then  be told “oh, never mind, it was all just a dream. We were in Purgatory. We thought we were battling evil, but it turns out we just had Curry for dinner and we’re ghosts or replicants or fembots. And anyway, look at that,  the narrator’s mad as a hatter.

Remember the old Twilight Zone episode where William Shatner sees a monster on the wing of the airplane, only nobody else can see it, and at the end of the episode you never really know if there was a monster chewing on the wing or if the gilded powerlessness of modernity just shorted out one synapse too many? But here’s the thing. That sort of ambiguity works in short fiction. It doesn’t work in longer works–like when I’ve invested nine or ten hours in getting to know Prairie and all the good folks of Mayberry on Meth who she’s impacted and drawn into her little world.

I liked that part. I’m not a big fan of woo, but I’d have been happy to watch this gang open a portal and go off into the ether to confront Mr. Bad. I’m not okay with learning, at the last minute, that somewhere along the way, Prairie came up to straws short of an Easter Bunny and literally nothing in the entire story happened.

Actually, I’d even have been okay with that. As a writer, I can think of several endings that would have been deeply satisfying.

What was really disappointing is that, where the ending could have been about the growth of all the characters, instead it was about they pathetic lives and gullibility, which led them to hop up and quack like chickens in front of an armed mad man, and only manage to get Prairie killed instead of themselves, which was meant to be tragic but actually was kind of fortuitous.

Some people don’t have any trouble with ambiguous endings. I get that. My problem is that I think it’s kind of chicken shit on the part of the author. It implies that the author either was unable or unwilling to do the work of choosing one course and sticking with it. I realize not everybody feels that way. There is certainly an argument to be made that the ambiguous ending draws the reader or viewer in to the story more deeply and permits–perhaps requires them to take an active role in deciding which parts of the story are real and which are not. I get that, and I don’t have a problem with that.

The problem I have with the OA is that the reader has too much invested in the story to be left dangling in the breeze. It’s authorial manipulation, and is very unsatisfying.

Kudos to Netflix for embracing the idea of television based on, you know, story.

The OA is that, and had real literary potential–right up until it flushed it all away.