Years ago, I read about a study that asked students a math question involving school bus capacity, to which most students answered “three and three quarters buses.” When asked if they thought that was a sensible answer, many responded that they thought they were being asked “school math” instead of “real world math.”

This highlighted a big problem in the way education is done in this country, and the problem isn’t restricted to math. 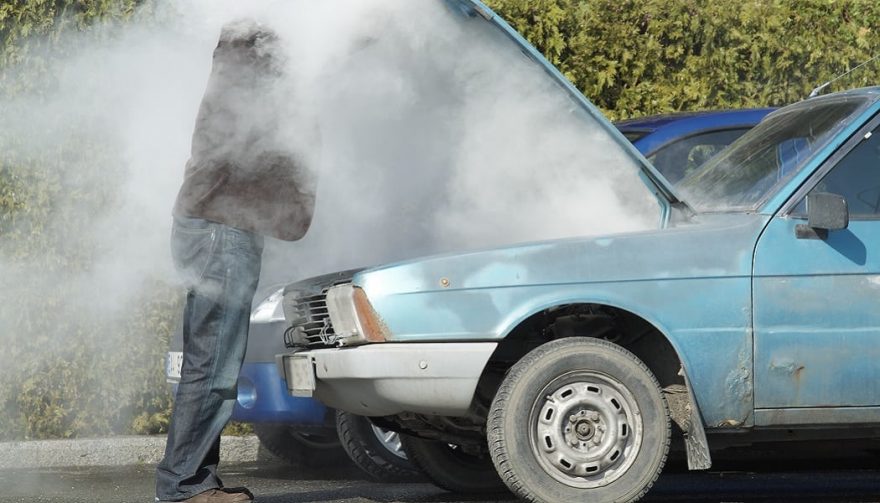 Today, I watched a car explode, and I knew without shifting my backside from the seat exactly what thy owner had done to cause this yuletime catastrophe.

I was sitting in the drive-through at McDonald’s, having just ordered a hamburger after a quick trip to the store. I’d waited forever for the chance to order (no doubt, due to the car in question), but being literally sick and tired, and as there was a brilliant comedian on the radio, I didn’t mind. I pulled around and paid, rolled up the window, and heard a “Poofshwishshshshshshsh…” as the car at the head of the line exploded in a gray cloud. I popped into reverse and ran down the window, expecting to smell either smoke or the cloying sweet odor of glycol-based engine coolant. I smelled neither.

So…I checked behind me for space and backed up enough to knock on the window and tell the bright-eyed youngsters at the register that the car at the other window would be going nowhere, and I’d be inside in a moment.

What happened, you ask? The owner of the luxury Infinity QX70 Crossover SUV had been driving around with tap water in her engine, that’s what. They put anti-freeze in the engine for two reasons. First, it lowers the freezing point of water below any point likely to be encountered in the worst North American winter. Second, it raises its boiling point by about the same amount. These products (typically ethylene glycol based) are commonly called “antifreeze” but they are also “antiboil.” In Houston, you are rarely under any danger of freeze damage to your engine, but at the temperatures modern engines run, the other extreme is always a looming danger–even in cool weather.

That’s important, because the cooling system in an engine is only meant to contain liquid coolant, not high-pressure steam. Sure, there is some safety factor, after all, the water has to be pumped back to the radiator under pressure, but that only takes a few pounds per square inch. Traditionally, radiators have pressure relief valves that open at about 14 psi–about one atmosphere over ambient pressure, or the pressure at which the old low-pressure steam engines operated during the early years of the industrial revolution before high-pressure steam and engine explosions became a thing.

Clearly, the pressure relief in this car failed or had been removed, because what coolant remained was draining across the cement in a wide enough band to make clear that the failure point had been an engine gasket. As is the case in nearly every technical failure, more than one thing had to go wrong for this to happen, but the big one, the clear, one, the easily preventable one was clear: no glycol in the cooling system.

Ergo, the vehicle is going no where, not under its own power, not anytime soon.

I’m getting over a cold, so I just got my sandwich and went on my way.

Here’s the thing. You don’t need to know about pressure relief valves and the history of steam and engine seals and coolant. All you have to know is science. Water boils at 212°F (100°C). Engines run a lot hotter than that. Steam pressure makes most anything burst that wasn’t specifically designed to contain it.

This woman was lucky. She may or may not have ruined her holiday gift budget, but had this happened a month ago in heavy traffic and hot weather on I-10 instead of a rainy McDonald’s drive through, the cost might have been tragically higher.

Science isn’t just for school, it’s how the world works. If you don’t understand basic science, you can’t understand anything else.