That We May Touch the Sky

One of my favorite moments from the entire Star Trek franchise occurs in the Next Generation episode, “Hide and Q” when Captain Piccard quotes Hamlet, saying,

“What he might said with irony, I say with conviction. What a piece of work is man. How noble in reason. How infinite in faculty. In form, in moving, how express and admirable. In action, how like an angel. In apprehension, how like a god”

As a science fiction author, I spend a lot of time exploring what it means to be human. I subscribe to the view that indeed, that question and questions like it are the heart and soul of the genre, and of speculative fiction in general.

What then does it mean to be human?

There are many answers to this question, of course, and not all particularly flattering, but two news items this week go a long way toward bracketing the topic.

This week, NASA launched the Parker solar probe, a spacecraft that will not only study the sun, it will dip down and sample its atmosphere. 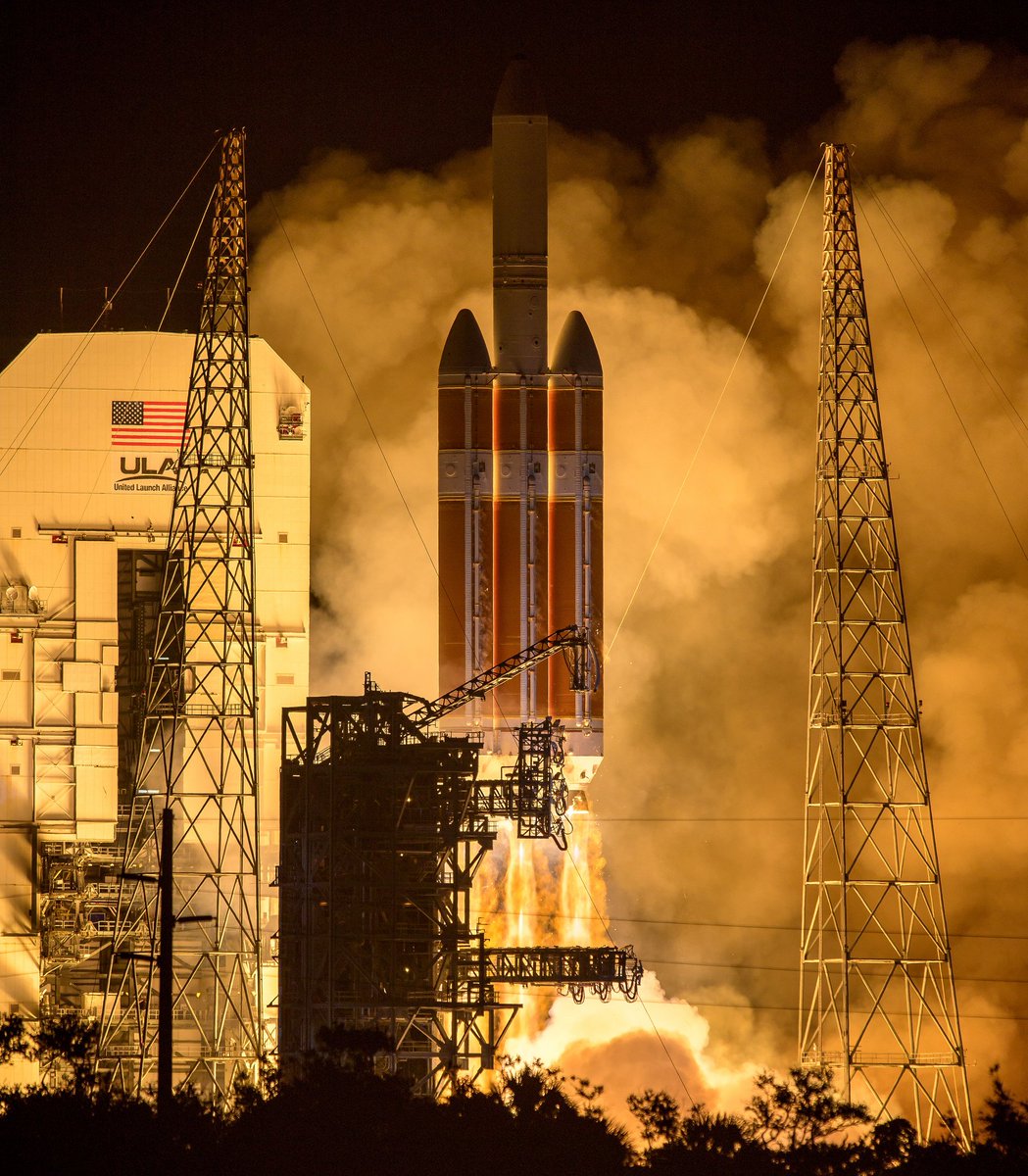 There is a lot that can be said about this, but just think–we, puny naked apes that we are, have sent a tool to touch the sun. I’m willing to bet that, put in those terms, that thought puts a little energy in your heartbeat. Why? By completion, the Parker Solar probe mission will cost enough to foot the entire cost of all charity medical care in the US for a year (which honestly, is a much smaller amount than it ought to be). So why not, as social liberals sometimes ask (as Jesse Jackson asked about the moon landing) spend that money on the tired, the poor, the huddled masses?

There are two answers to this question, but to explore them, let’s cast our gaze back as ways–way back–to prehistory–to the Pleistocene and the beings who came before us.

Apes are fragile, and our fossil record is spotty, but we’ve identified several dozen “missing-links” between ourselves and our nearest ape cousins. Through most of the last 6 million years, our ancestors lived in the habitat they evolved in–like any other animal. Australopithecines walked upright and had larger brains for their body size than any ape before them–but they were more like chimpanzees than us. They can be thought of as smart chimps adapted to hiking in the heat of the African savanna, and to hiding form the big cats who preyed on them. By a little little less than 2 million years ago, these early hominids had become a lot smarter, and had adapted to the use of stone tools and fire. These were Homo erectus, and they became the most successful ape that had ever lived, spreading across Africa and into Europe and Asia. 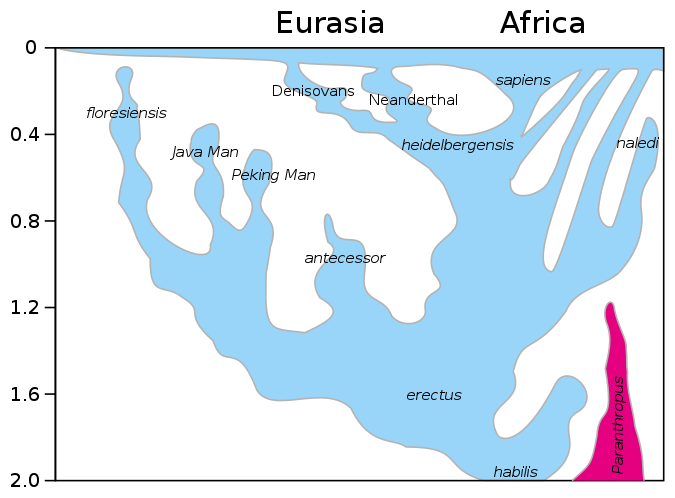 This geographic dispersion, however, took forever. A modern human in good shape can easily hike ten miles in a day. A family living in North Africa, moving camp by a mere 30 miles per year, could reach China in 150 years. Erectus took at least a thousand times that long, and they didn’t even stop at Euro-Disneyland. You might reasonably ask what reason they had to move–and fair enough except, put yourself in those shoes. Can you imagine living in any human settlement where no one takes off to start a new settlement for hundreds of years? Hell, we’d do it just out of boredom, or cussedness, or to get away from the in-laws–or to see what’s beyond the next rise.

Dr Ceri Shipton, et. al. of the Australian National University School of Culture, History and Language have been studying H. erectus sites in the Arabian peninsula. Thay’ve found compelling evidence for what he calls ‘least-effort strategies’ for tool making and resource collection. Erectus seemed to rely on the stone at his feet even when more suitable tool making flint was available atop a nearby hill. He seemed to hang around established habitation sites even as the climate made them unlivable. Shipton like to say “erectus was too lazy for his own good.” I’d put it a little differently, erectus, like many people, may have been too lazy to do things the easy way.

By the way, erectus went extinct. Humans walked on another world after our leader said,

Cynicism aside, these are words that all humans understand, be they aeronautical engineers or petty thieves. Neanderthals used essentially the same tool making and hunting strategies for a quarter million years, I built my own treadmill desk in a weekend. Sure, I “stand on the shoulders of giants,” but those giants are also humans, they also have that human spark that drives us to invent, to explore, to seek out new worlds and see what’s there and what works. That’s what gave us bread and vaccines and that’s what gave us industrialized warfare. There two are closely related. We are more than “thinking man,” we are the scheming ape, the crafty ape, the ape of adventure and conquest. What drives us forward can also drive us closer to the brink–but we cannot go back to the jungle. We are mankind, and we much adapt ourselves and our culture to our new stature as the custodians of Earth, or we will meet the same fate as the lowliest creature–eventual, inevitable extinction.

The Parker Solar Probe will touch the sun. It will help us better understand space weather, prepare for manned explorations into deep space, protect our power grid and our communications technology, and maybe even safeguard life on Earth. That’s one reason for sending it. The other reason–the better reason–is because we can.

Earlier in the “we choose to go” speech, President Kennedy said this:

We set sail on this new sea because there is new knowledge to be gained, and new rights to be won, and they must be won and used for the progress of all people. For space science, like nuclear science and all technology, has no conscience of its own. Whether it will become a force for good or ill depends on man.

This is the heart of the matter. Yes, we should feed the poor and tend the huddled masses and we can debate till the cows come home how and to what extent we should do that. But knowledge is important too, and adventure. And when the day comes that humanity no longer looks beyond the mundane requirements of our daily bread to peek over yon horizon, well, that will be the day after the last day of the human race.