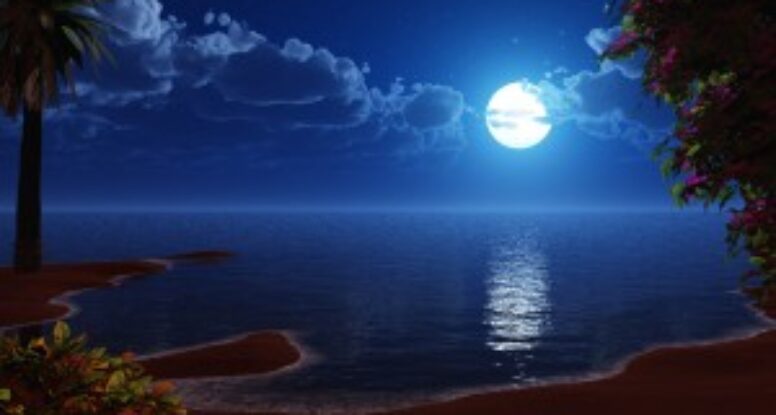 Why Does The Moon Dance So?

An Internet denizen asks how the moon’s axis and orbit combine to affect how we see the moon, and the answer is far more delightful than you might imagine.

For purposes of understanding why we can only view one side of the moon from any point on Earth, you can assume that both have the same axis of rotation (they don’t, but we’ll come back to that) and that you are looking down on the north pole of both Earth and moon: 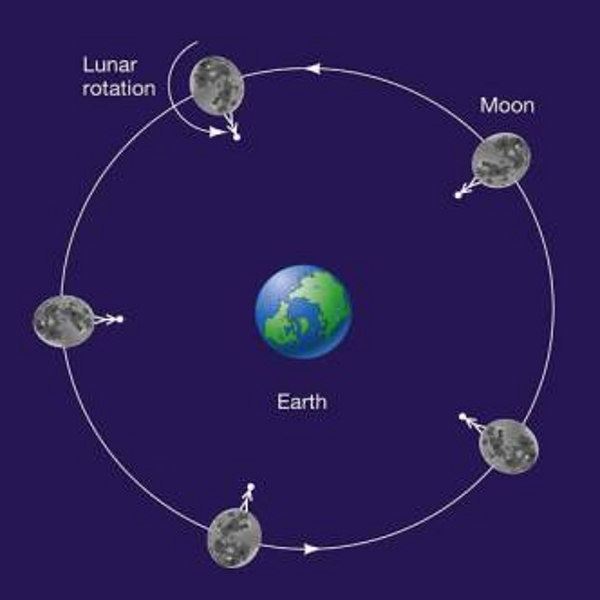 That’s it. In the distant past, the moon rotated faster than it does now, and tidal interaction between Earth and moon slowed the moon’s rotation until its rotational speed matched its orbital period (see why here). Once that happened, the slight tidal bulge in the moon pulled up by Earth’s gravity created a tidal lock. For the moon to ever leave that lock, it’s tidal bulge would have to point somewhere other than straight toward Earth. That can never happen unless something hits the moon with enough force to overcome the attraction of the tidal bulge to the Earth.

Neither the Earth’s 23 degree obliquity (inclination of its axis of rotation to its orbital plane) nor the moon’s orbital inclination (to Earth’s orbit around the sun) are relevant to what we see of the moon, only to how high in the sky we see it. 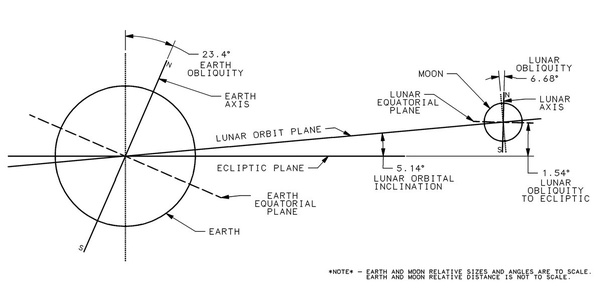 There are however some other factors needed to explain why in fact, we don’t always see exactly the same face of the moon, and can actually see a bit more than half of it if we watch it long enough:

The moon’s six degree obliquity means its rotational axis is not aligned with its orbital plane, so the exact face we see shifts north and south by about 12 degrees during each orbit (lunar month). This is called “libration of latitude” and permits us to glimpse over the lunar north and south poles alternately every two weeks (-ish).

Our position on the surface of the Earth affects our vantage point by the 7,900 mile (12,700 km) diameter of the Earth. An observer standing on whatever part of the Earth’s surface is touching a line perpendicular to the moon’s orbit will be able to see a little bit further north or south over the lunar surface than someone elsewhere on Earth at the same time. Furthermore, at a given location, the view of the moon shifts that far east and west between dusk and dawn each day, so the exact view of the moon (ignoring sunlight and atmospheric changes) varies east and west. This is called “diurnal libration,” and is probably too small to notice without photographic help.

But, there is another, larger east-west apparent motion caused by the moon’s slightly elliptical orbit.

The moon is tidally locked, but its orbit isn’t perfectly circular. As it orbits, it speeds up as it “falls toward” the nearer side of it’s orbit, and slows as it climbs toward the farther side. The moon’s rotation can’t speed up of slow down fast enough to keep pace, so while over time the synchronization is maintained, from day to day, the speeding and slowing means the moon runs ahead of and falls behind its rotation. That means the angle we view it from shifts slightly east and west as each month. This is called “libration of longitude.”

When you put all these librations together, you realize we can actually see almost 60% of the lunar surface—just not all at the same time.