This week, our interviews with 2013 Writers of the Future winners veer back into the international arena with fellow fourth quarter winner Oleg Kazantsev.

Stuart: Welcome, Oleg, and again, Congratulations! Tell me who you are, good sir. 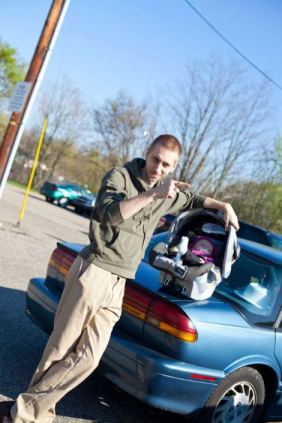 Oleg: I was born and grew up in Eastern Siberia, in the city of Khabarovsk, just several miles away from the Chinese border. Life there taught me a lot of things – some more and some less useful – such as: boxing, ballroom dancing, potato farming, Calculus III, and video game journalism. After I got my first degree in Computer Science, I decided I wanted to try something new in my life, so I went to Columbia College Chicago to study fiction writing in English. Two and a half years later I was tutoring college students and teaching classroom in an intermediate school in South Chicago. Great experience as it was, teaching writing (unlike the actual writing) wasn’t what I wanted to do for the rest of my life, so my next step after graduation was to zigzag back to IT consulting, to free up some time for my passion. That’s where I am right now, but there’s no guarantee that in a year or two my life won’t change completely yet again.

Stuart: What stirred this writing passion?

But jokes aside, I think my desire to write first took its shape when my dad suddenly started reading A Hero of Our Time by Mikhail Lermontov to me. This cold and brilliant piece of classical literature turned out to be such a great bonding experience for us that I couldn’t help but try to replicate this bonding, this soul-mate hunt in my own naïve, awkward teenage writing. Finally, writing became a habit, and at some point, as Hegel has it, quantity transformed into quality.

Stuart: I like that. I believe it too. So in what ways have you evolved since?

Oleg: I’m an author and illustrator of my own stand-alone comic book, called With You (look it up on Amazon, it’s a fun read). I still have a lot to learn as an illustrator, mostly because I really didn’t have as much academic experience in drawing as I wish, but with my love for sequential art I’m sure I won’t let this skill grow rusty.

Poetry is another skill I try to sharpen. To be completely honest, I don’t write often enough to claim to be a poet, so I just let my characters steal my poems complete with all potential credits and criticism. Switching from Russian to English was quite a challenge, but the rare poetic attempts that I made turned out to be surprisingly legible.

Stuart: I can see how that might actually be an advantage, a unique angle, if you will. Pantser or plotter?

Oleg: Definitely a plotter. I respect people who can just let a story tell itself to the page, but I’m not one of them. Before I start writing, I always have a plan of a chapter or a story or a scene – sometimes mental, sometimes written, sometimes a diagram. Sure, I let some details or characters surprise me, but, in my mind, surprise in writing is just like a proof of a theorem in math: it helps you discover what already is and has always been in the story, it just wasn’t obvious for you the writer and you the reader.

Stuart: I don’t believe anyone really can do without the plotting, there are just more and less efficient ways of going about it. And where do you write?

Oleg: Late night in any room with a laptop. As long as it’s quiet, dark, and I can drink hot tea, the place and surroundings do not matter. Also, I can’t stand writing on paper. I can if I have to, but it seems so slow and ineffective…

Stuart: Can you imagine Tolstoy sitting in red square with his pencil? Do you have any unusual talents or hobbies?

Oleg: I think I’ve already mentioned some of them. I do boxing, even though I gave up on pursuing any sort of career in sports. I used to do video game journalism, but stopped following the video game industry as soon as I moved to the States.

Stuart: If you had a superpower, what would it be?

Oleg: Always liked being able to see into the future. Like that cup of tea that I knew I was going to drop from my… arghhh, goddamit…

Stuart: Do you dream about writing?

Stuart: Ha ha. When you were a kid, what was your favorite toy?

Oleg: Illustrated books about cars. Including catalogs. I imagined car chases, dubbed them with sound effects and cheesy quotes from action movie stars.

Oleg: Genius is an African who dreams up snow. – Vladimir Nabokov

Stuart: Brilliant! I love it. How about we end with a short sample of your writing?

“And so the marine says to the Captain,” Mishka Karasenko is chortling with his shrill laughter. “This music is called bloos and in our country only black negroes play it, black as devils in hell!”

The gray overcoats listen to him, giggling in their collars and giving me quick glances.

“What does this bloos mean? the Captain asks. And the American answers: Bloos is when a good man feels bad.”

The trench exploded with laughter like a land mine.

“Is that so, sir?“ One of the gray overcoats asks me. “Is that what the American said? When a good man feels bad?”

“Blues…” A cloud burst from my mouth and swam up to the dim sun, like a bubble to an ice-hole. “Blues is when good people run out of ammo.”

We stopped talking. Frost crackled in the silence.

This is a piece from a historical novel set in early 1920s, during the Russian Civil War. What intrigues me is that in this scene two worlds come together. A world of an American Marine talking to the Russian White Army officer about blues, and the world of the officer interpreting his words for common soldiers, a cannon fodder of every war.

Stuart: Very compelling. Well thanks Oleg, I can’t wait to meet you in person in LA!

You can read one of Oleg’s short stories at Oleg http://www.everydayfiction.com/frost-by-oleg-kazantsev/ or check out his book “With You

​Lessons from C. Stuart Hardwick's Writers of the Future win.

​Lessons From a Winner