Where do people get the idea that any long sentence is a run-on, or that a sentence can be “a bit of a run-on?” Is our educational system really so far gone? 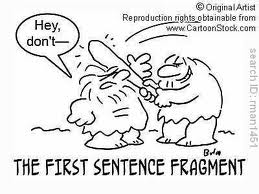 e cannot be a run-on. No sentence containing only one independent clause can EVER be a run-on. It may be too long. It may be confusing. It may suck, stink, and make the reader wish he or she had learned to read on some other, more erudite planet, but it can never, by definition, be a run-on.

Not that the name of a stylistic gaff is so all-fired important. But run-ons are so very basic, and I see this term mis-used so very frequently by people who should know better, that it begins to get my dander up. It’s like a physics teacher confusing mass for weight, or the owner of the gaming store who doesn’t know what AFK means, or a chef who orders piping hot gezpacho soup.

Stop. Just stop. Learn the vernacular of your profession.

Thanks for stopping by. Leave me a note and tell me, what get’s your dander up?