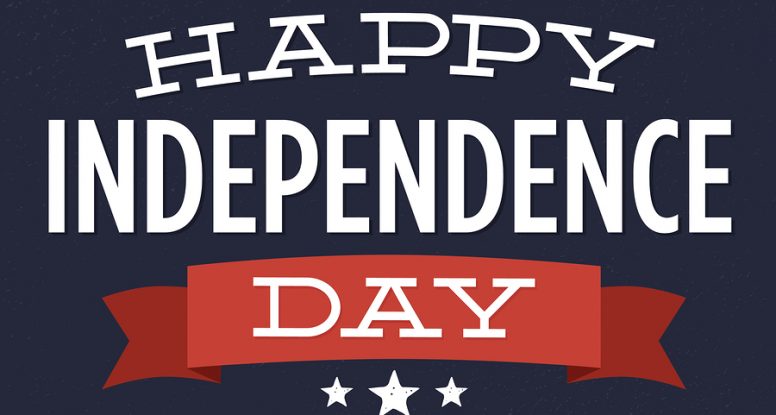 On this, our 240th Independence Day, I’d like my fellow Americans to consider: Our nation, which has endured so much, is not endangered because gays can marry, women can carry guns, and Mexicans don’t always queue up at the border. It’s in trouble because too many people—natural born Americans included—think they’re justified in using force where debate and argument have failed them.

Our founding fathers were no saints (sorry Texas State Board of Education) but they were smart enough to design a government that erred on the side of inaction. They knew the awesome power of the crown can only be retrained by the light of public debate, and that an ineffective government was preferable to a tyrannical one.

What’s true of government is true of you too, whoever you are and whatever you think you know better than everyone else in the world. The world we share.

You are not entitled to knock people in the head and take their stuff. Or manipulate the law to do it for you. Or lie to get contracts you don’t deserve. Or manipulate the political process to change the law so as to  enrich your business, your pet interest, or your brother. Or to bomb the property of other law abiding citizens who’s conduct you don’t approve of. Pretty low bar, that. You sure you want to cast the first stone there?

If you do any of these things, you are wrong. It matters not the reason. You are the enemy of freedom.

And to be clear, this applies equally to feminists, anti-feminists, gun rights activists (on both sides), sad puppies, hippies, and everybody else.

Our nation was built on argument, from the soap box squawkers who dared challenge the King to the delegates to the constitutional convention who feared we would all be too stupid to govern ourselves. We’ve made it work, imperfectly but solidly and for a pretty good spell. There’s nothing now to divide us but ourselves.

If you can’t make your case on the merits, too bad. It might be that things just aren’t as black and white as you’d like them to be, and that your neighbor’s dissenting opinions are as valid and deeply held as yours. It may be that the simple solution you cherish is just no solution at all. It may be that you cling to an error in fact.

Either way, if you can’t debate the matter with your staunchest opponent while still affording them respect and common courtesy, the fault—at least in part—is yours.

I’m eating chicken shawarma this holiday. If that strikes you as un-American, then shame on you. I’m just exercising my freedom to eat what I like, and I like chicken shawarma. I also think cooking outdoors in Texas in July is one step away from a death with, but you do as you like, and with whom. That’s what our flag’s all about.