Our National Bird on the Mend

As a science fiction author, I spend more than my fair share of time thinking of all the ways the world can go to hell in a hand-basket and ruin everything for everybody–that makes for dramatic stories.
But in fact, science is about understanding and progress, and we need to take time for that too. 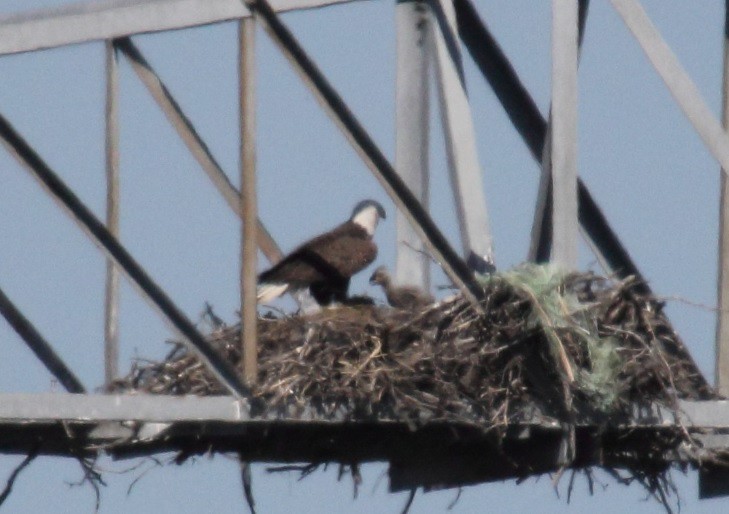 This morning, just as I was sitting down with my second cup of coffee, a bald eagle flew past my 35th floor window, not twenty feet away. It didn’t have the characteristic white plumage, and I didn’t get a good look at the beak, and I had to do a little research to satisfy myself that yes, indeed, that’s what it was. It was a juvenile (the white plumage doesn’t appear until about the 5th year) and was probably a migrant flying north along our bayous after wintering in Mexico. It didn’t have any business downtown, but had just strayed from the bayou, and I doubt if I’ll see it again.

But that’s okay. When I was growing up, nobody ever saw bald eagles. They were protected under the Endangered Species Act while I was still in preschool, and we kind of assumed they were as doomed as the dodo and the buffalo. But the law (signed by a Republican president) worked, and the bald eagle, along with grizzly bears, gray wolves, red wolves, alligators, whooping cranes, peregrine falcons, and the California condor is making a comeback. By the time I got married, Bald Eagles could be seen in rural areas around lakes North of Shreveport and east into the piney woods of Texas. Today, they are seeking new hunting grounds even in the vast metropolis of Houston. In February, a 17 year old was arrested for shooting a bald eagle on the nest less than a mile from my (very suburban) house. The country decided to use the case as a teachable moment, and the eaglet, after being neglected by the surviving parent, has been taken in by a local raptor rehab.Things just aren’t what they once were, and that’s a good thing.

But in researching plumage, I ran across a story from Dallas, in which science, technology, and good old fashioned decency combined for a big win.

About five years ago, workers at Oncor, the electric utility serving Dallas, noticed bald eagles hunting near a 345 kV transmission line in Seagoville, just at the southeast edge of the Dallas metro area. Biologists working for the company monitored the eagles and determined that sure enough, they were nesting inside one of the steel truss arms holding up the high-tension lines. Not good. 345 kV is a LOT of voltage. On this particular line, Oncor uses about 20 stacked ceramic insulators to isolate the lines from ground (the tower). One unfortunately-placed poop drop across such an insulator stack, and a hundred thousand people could by without power, not to mention the danger to the birds.

So what did they do? Scare them off? Throw rocks while nobody was looking? Hire that idiot kid that lives near me?

They waited for the eagles to leave the nest for the season and had a new tower built about 1,000 feet away. Then they brought in a crew with a giant, insulated cherry picker to temporarily hold the power lines while they unbolted the support arm, lowered the whole thing, 200 pound nest and all, onto a flatbed truck, and installed a new arm in its place. The old arm–with the nest, was installed on the new tower, and biologists and local wildlife lovers watched with bated breath to see if the returning eagles would accept the nest in its new location, and just build a new one on the original tower. The local nature park installed a solar-powered web-cam, and in September of 2014, the eagles returned–to the moved nest. They’ve returned every year since, and as I write this, you can watch them live (subject to weather and battery power) on a web cam of unique scientific and cultural value.

Way to go Oncor. Science, for the win.