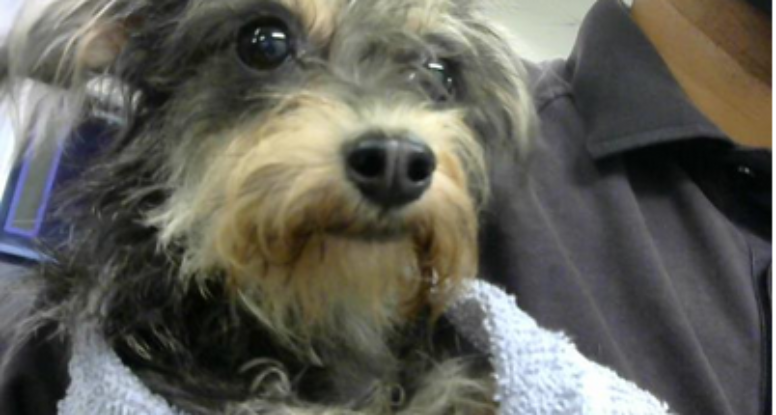 September 11, 2021September 12, 2021 0 comments
Years ago, when we first moved to Houston, I mentioned to a co-worker that we were taking the kids down to Kemah Boardwalk, a mini-amusement park run near the coast by a prominent restaurant chain, and he, being a resident of the area, spent 15 minutes telling me how hard it is to find parking and how to find the garage he usually uses. We got up early, hit the road at 9, pulled right in and up to the VIP parking rope 10 minutes before open, and parked practically underneath the Ferris wheel. People are lazy. The early bird gets the worm.
Recently, we’ve been looking for a new dog, partly to keep our little rescue terrier company when his dog sister passes away, as she’s getting a bit long in the tooth.
We’re fans of terrier mixes for obvious reasons and rescue dogs for several reasons, but anything that looks remotely Yorkieish gets snatched up by the local Yorkie rescue groups faster than you can say “Parson Russell,” and efforts to get a dog through them have proven consistently frustrating.
So I’ve been watching PetHarbor.com, waiting for a suitable dog to appear, checking the site a few times a day for months.
Last night before bed, the pickings were poor as usual. Nothing but labs and pit bulls and the odd “other kind of bull” or “other kind of hunting dog in a city that never hunts” the cross between a spaniel and a demon goat or the elder cripple wonky dog in genuine need of a loving foster hospice home, but not the family pet we are looking for, a young terrier mix of any of several varieties without two feet already the the grave and the others on banana peels.
This Saturday morning I went for a ride, mowed the grass, and came in to work on the computer,  coincidentally just as the county pound was opening for the day. As I sat down with my coffee, I checked PetHarbor, and low and behold, a new little dog appeared, days since intake:0. Someone had just logged on in the last half hour and listed a little terrier mix, female, looking just like Mr. Lucky–just what we’ve been looking for. I called to confirm they were open on Saturday and hopped in the car with Kristina, who’s a tad on the high strung side and reminded me approximately 14,000 times en route that we had to hurry, that someone would snatch that little dog before we could get there.
So we drove to the other side of town, into the foothills of Houston’s industrial & shipping domain. GPS took us to a weird domed building at the end of an industrial alleyway. We saw people walking dogs ahead, but the gate attendant told us we were in the wrong place; to get to pet adoptions, we’d have to backtrack, turn, go under a bridge and wind back around to the other side of the big dome.
So we did that and found a high wall and beyond it, a handsome, modern but almost French Revival building with a marque reading “BARC ADOPTION CENTER.” Great, except the gate was closed. Both gates, in fact. So before I could even slow, my now apoplectic wife told me to keep going till we saw the dome the attendant had mentioned. That was the next left and its gate was open, but a security guard at the door said no, that was the wrong place. The adoption center was next door. She asked the time and we told her and she said the gate should be open. She directed us to try again and she would call someone to check. 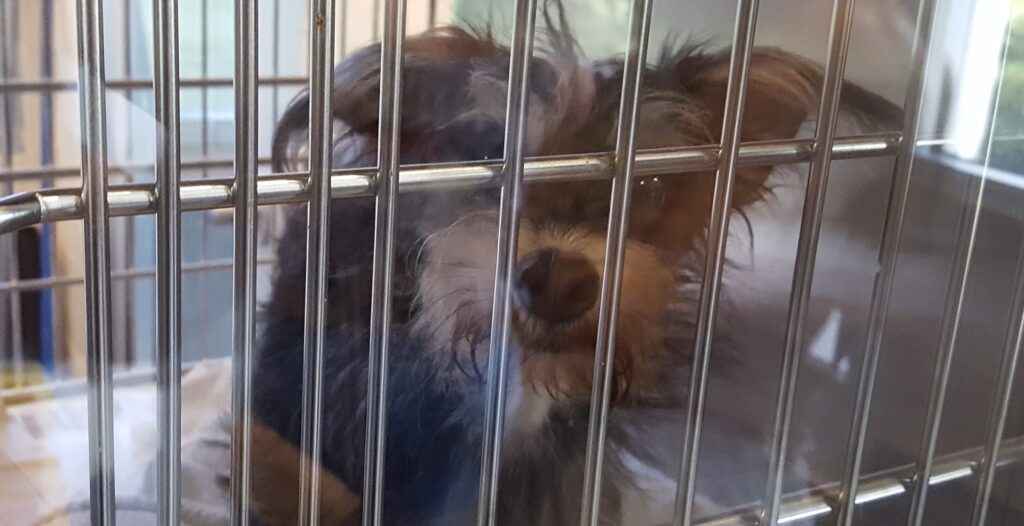 So we backtracked, and as I neared the towering gate into the adoption center, Kristina said “You park, I’ll find a way in,” and leaped out of the car without fully waiting for it to stop. Just as she did, the mighty gate started rolling to one side.
Without really meaning to, we had arrived exactly three minutes before opening time. The pound opens at 9, but the adoption center at 11. And without realizing it, we had driven past twenty cars idling along the street, waiting for the gates to part like Moses before the red sea, if Moses had been perhaps not finished with his latte. Now they sprang into simultaneous motion but I, having put my car in reverse, was blocking their way as I backed past the gate, then pulled in, parked, and hopped out in pursuit of my wife.
So we were the first to park, the first in the building, the first to pass the COVID scan. The first to show ID and ask where to go. The first to enter the wrong barracks and be told our dog would be in with the puppies next door. The first to enter the puppy barracks and find our little terrier right inside, sharing a kennel with what might have been a cross between a chihuahua and a reindeer but was probably a baby miniature doberman. The first to tell an employee we wanted to see the terrier. The first to be shown a meeting room and told to glove up and wait.
By the time the workers finished with a kennel they were cleaning and reached for our little terrier, groupies had gathered before her kennel. When the man brought her out and called “okay, who wanted to see the terrier?” three hands shot up at the end of the corridor, but then my wife stepped out of our meet & greet room and with gloved hands raised on display said, “ahem, that would be us.”
The little dog was adorable. Terrified after her first night in the slammer and a series of medical tests and injections, she was nonetheless tiny and sweet and in possession of intact teeth and ears, which is more than Mr. Lucky could say when we met him, and in apparently good health aside from a missing bit of tail.. She’s adorable, and after a couple of days for neutering and a couple of weeks prophylactic isolation, Mr. Lucky is going to love teaching her how to talk to humans and play blanket monster and cheat at tug-o-war.
While waiting for the not inconsiderable paperwork to go through, I walked back to the barracks to take some pictures. Breakfast was being served, and she had calmed and was eying the keepers in that rapt, attentive way terriers have–al la “his master voice”. New groupies had gathered around the window to her kennel to crane and oo and ah.
Had we not gotten up early, we would not have gotten the dog.
Had we stopped for coffee or even paused to check the hours on the website, we would not have got the dog.
Had we gone inside at the first gate instead of asking the attendant for directions, we would not have got the dog.
Had we delayed at the second gate to call inside or pulled down the street to wait, we would not have got the dog.
Had my wife, a veteran both of the US Army and the offshore oil industry acted the part of the demur housewife instead of boldy asserting herself, we would not have got the dog.
But the early bird gets the worm, and for the princely sum of all of $5…we got the dog. And next week, Mr. Lucky will have a little sister.
Share