Okay, okay, I admit it. I overdid the treadmill a tad and ended up with what seems to be a relatively minor sprain that requires something approaching infinite time to heal. Or maybe it just feels that way.

But no matter. I’ll be back in ship shape soon enough, and in the meantime, I’ve finished what I think is a rather smashing new short story, but that’s not what I want to tell you about today. This is, because it’s so very awesome:

A (presumably waifish) young lady slipped on a Japanese train platform and became wedged in the narrow gap between the train and the platform. A station official warned the conductor not to depart and called over the PA, asking everyone to push on the 35-ton train car. They pushed hard enough to shift the car on its shocks, widening the gap enough for the woman to be pulled to safety. Why do I find this so wonderful? I don’t know. Perhaps because because in the aftermath, this “collective superman” gave itself a round of applause. 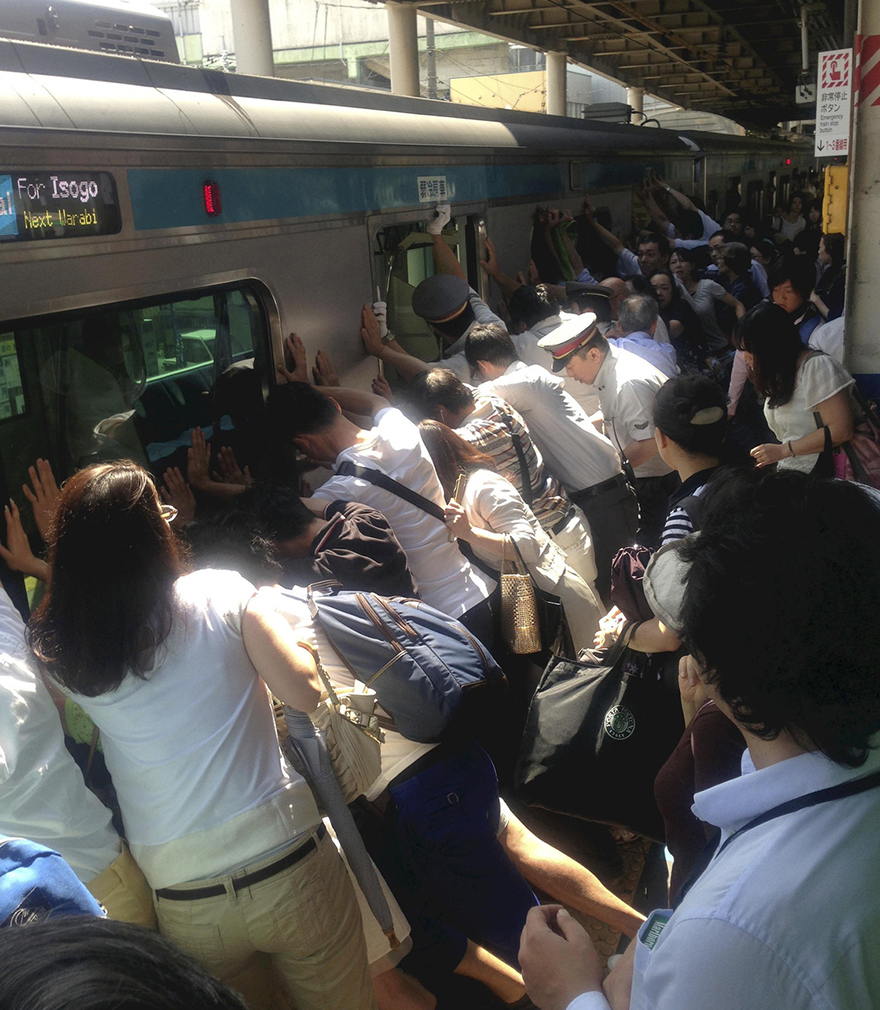