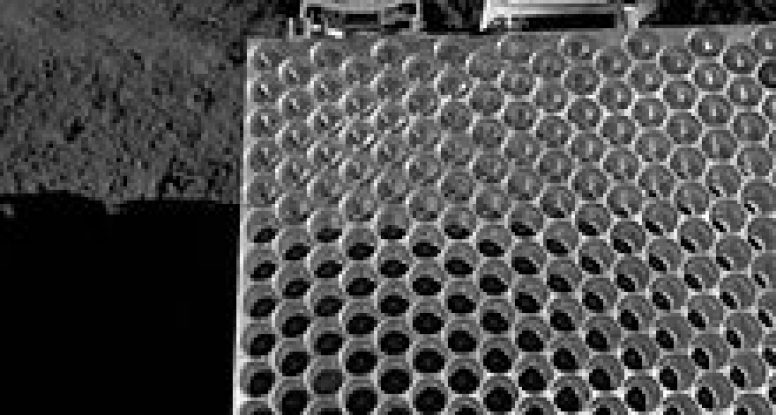 Yes Virginia, We Really Did Land On The Moon

For those genuinely in doubt as to whether we sent twelve men to walk on the moon, some facts.

1. We left retroreflectors on the moon, just like bicycle reflectors only bigger and not as pretty. Visit the McDonald Observatory or any other with the proper laser range-finding equipment and you can see for yourself that the laser energy returns when the telescope is pointed at the designated landing sites and does not return elsewhere.
2. Two recent survey missions have photographed the landing sites. The LRO has dipped low enough to resolve not just shadows and disturbed soil, but the descent stages and rovers we left behind. No word yet on the poop bags, but they’re here somewhere.

3. We have films of much of the research and testing, and if you know enough about science and engineering to know what you are looking at, it’s all clearly the real thing.

4. We still have much of the hardware. For example, F5 engines from the Saturn-V are currently being disassembled and in some cases fired as part of an effort to develop a cheaper follow-on engine. They clearly are what they claim to be. I’ve personally seen the Saturn-V stack on display in Houston, and it is clearly authentic. Among other things, a  prop would not be made of the same materials, and it would either have phony components or all off the shelf 1960’s hardware. But much of the Apollo hardware was custom developed at great expense, and if you know what you’re looking at, you can see it’s for real. A prop or fake would not have details that only an engineer (or nerd who’s studied the blueprints) would notice.

Workmen at JSC in Houston inside the SLA (the adapter where the LM sat during launch), looking up at the heat shield of a real Service Module without an SPS engine installed. The hole at top (behind the strut) is an access port for fueling, venting, and testing the SPS propellants.

5. We have thousands of pictures taken on the moon, which clearly are what they claim to be. All alleged problems with these materials only demonstrate the ignorance of the conspiracy nuts alleging the problems.

For example: Many conspirators complain that the lander didn’t kick up a lunar dust cloud. Of course it didn’t. Billowing dust can only occur in an atmosphere. In vacuum, each particle—no matter how small–flies off in a straight parabolic arc never to be seen again.

For another example: Motions of the flag claimed to be caused by air currents are—in every case—clearly inertial movements or static electric attraction caused by astronaut movement. The very movements the nutters complain about prove the landings were real. (For many other such examples, visit Bad Astronomy)

6. We have hundreds of pounds of moon rocks. Granted, you need access to them and you need to be a geologist with the right credentials to evaluate them, but at least some, such at the helium-3 impregnated rocks from by Apollo 17, could not have been produced on earth.

8. Thousands of people saw it. Not just the spectacular launches and the sailors on the recovery ships, either. Thousands in Hawaii, for example witnessed the Trans-Lunar-Injection burns.

Others around the world watched the spacecraft on its way to the moon: 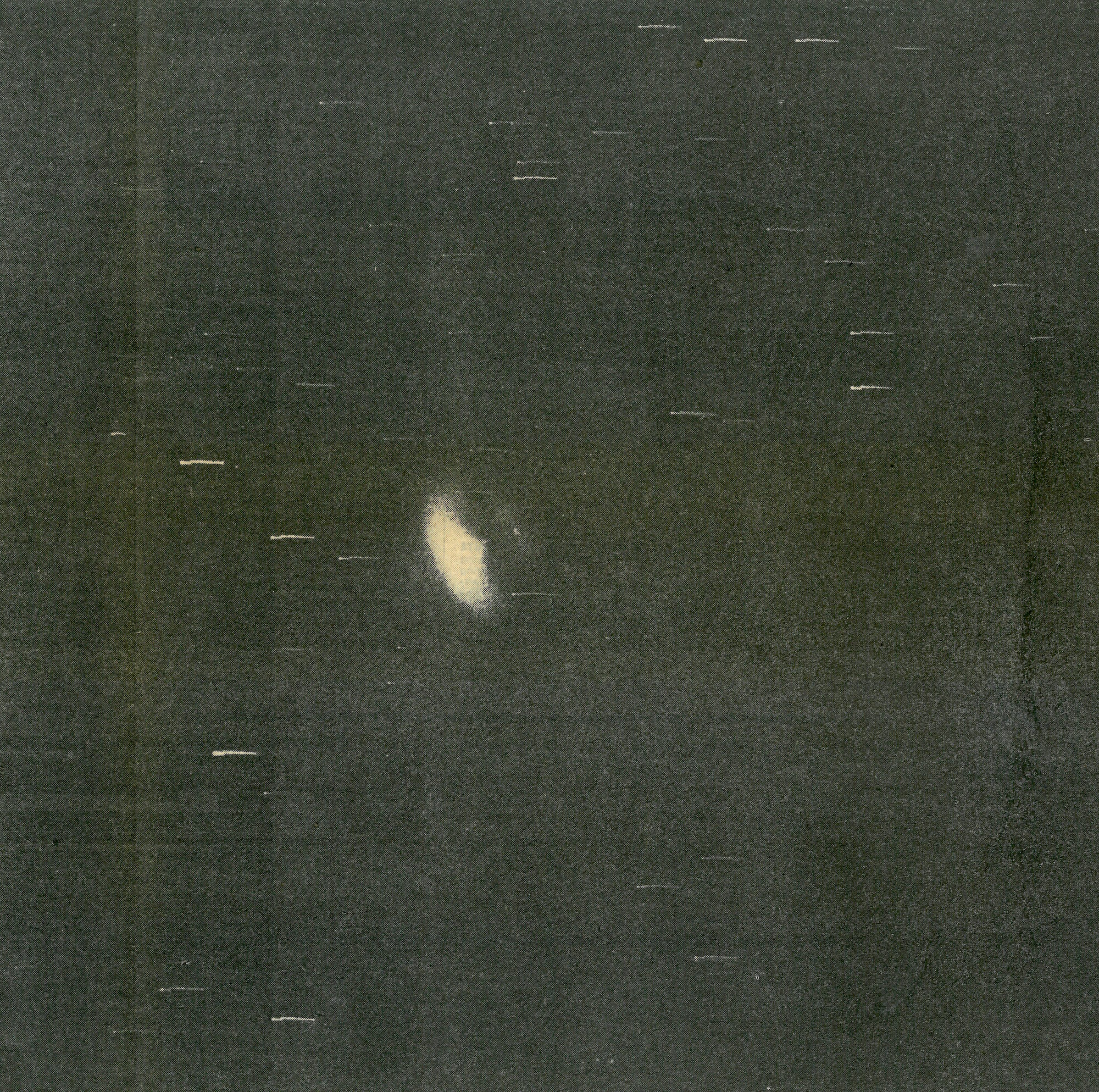 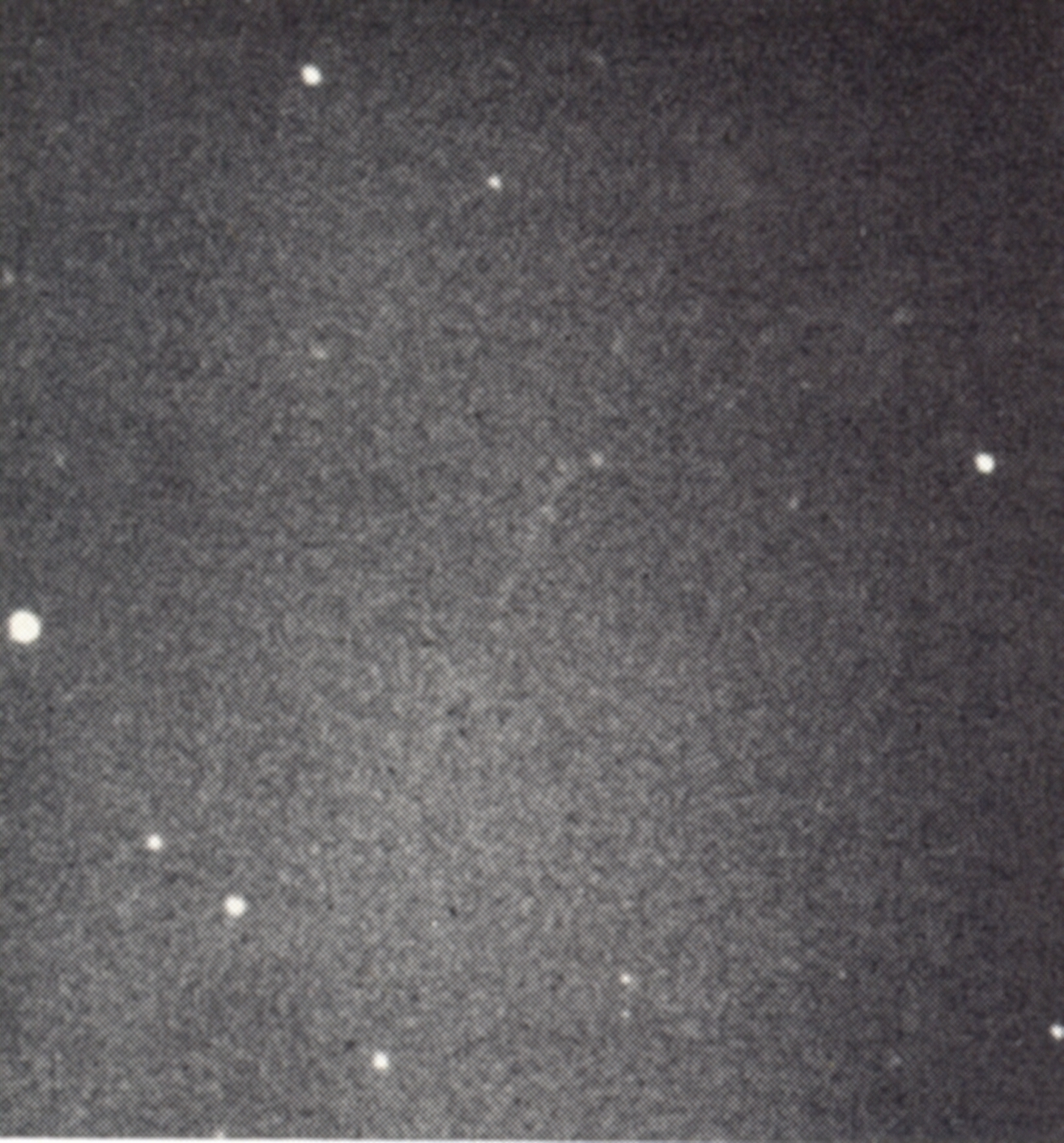 Apollo 11 was observed by thousands in British Columbia, and the streak in this photo from Table Mountain South Africa shows the spacecraft in time exposure, midway through the lunar coast phase.

9. We have documentation in the form of operations manuals for the command and service modules, the LEM, the suits, the rover and much more–all completely authentic and sprinkled across the world including depository libraries like the one at Louisiana Tech where I read them before the conspiracy nuttery had gotten any legs.

I’ll be posting in more detail soon about specific conspiracy claims and how what they really prove is the ignorance of those making them.

We went to the moon. It was expensive, but like Frosty the Snowman, we’ll be back again some day.