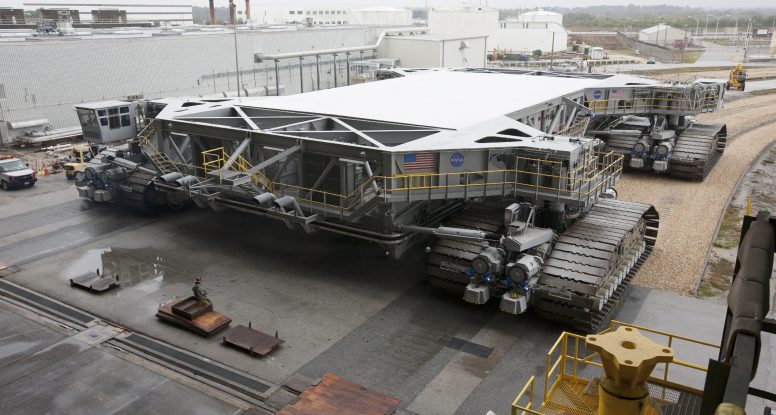 As it gears up for the next leg of the manned exploration of space, NASA is celebrating the 50th work anniversary of its two mightiest and most stalwart servants, Crawler Transporter 1 and Crawler Transporter 2, each of which has already traveled around 2,000 miles, all over the coarse gravel trackways of the Cape.

These two marvels were manufactured by the Marion Shovel Company in Marion, Ohio, and entered service in 1966 by moving the Apollo 4 test vehicle out to the pad.

Each crawler is 131 feet long and 114 feet wide, and weighs 6 million pounds. Diesel generators drive 16 electric motors, and a complex jacking and leveling system that permits the versatile beasts to sidle up beneath whatever needs to be moved and latch on with four pickup points spaced 90 feet apart on the upper deck.

Here is one of the crawlers carrying Apollo 12 from the VAB, where it was assembled on its mobile launcher, to the pad:

Here is the unmanned Apollo 4 test flight, sitting over the flame deflector. Note that the crawler has scuttled off to safety: 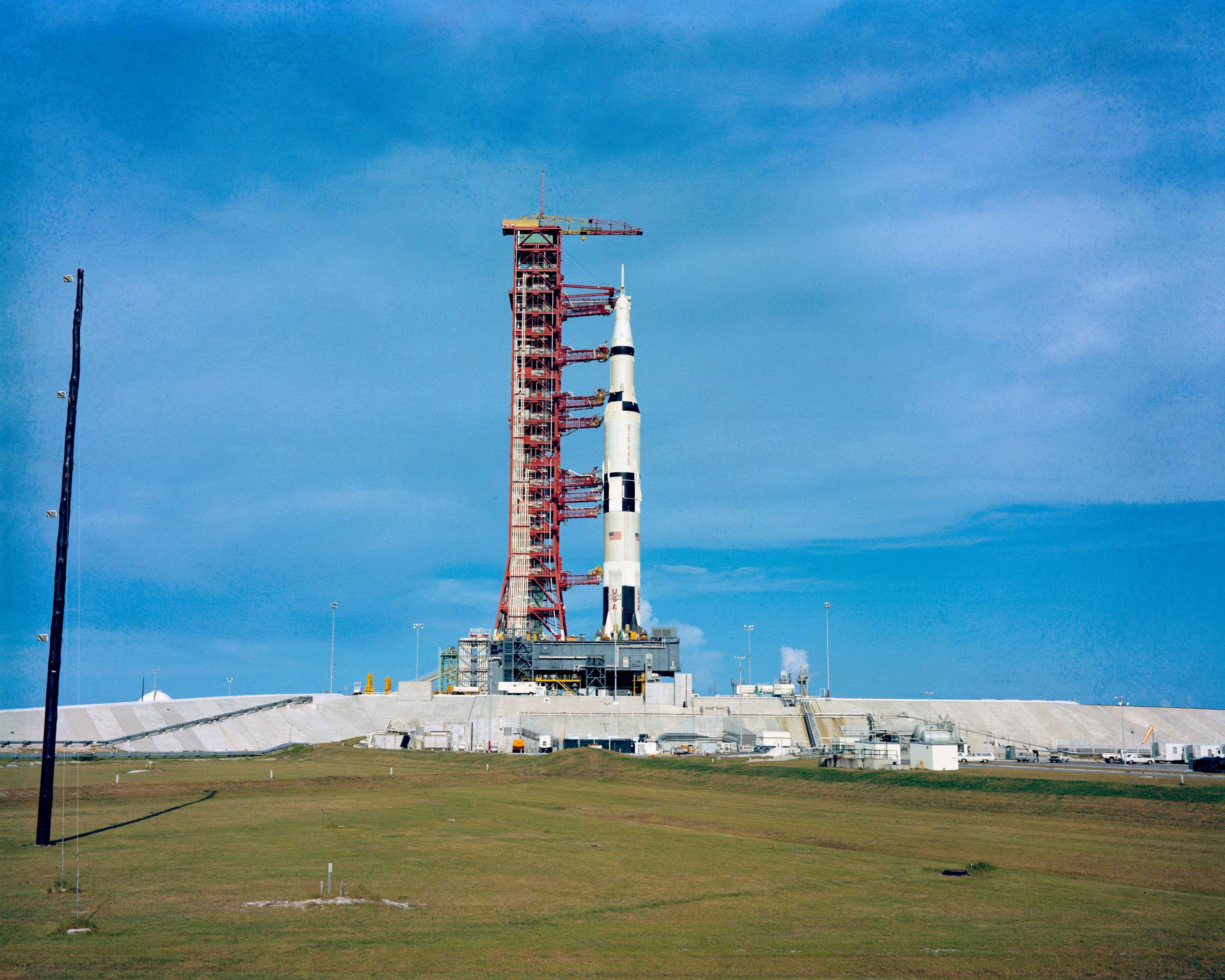 Here is a Crawler carrying the Shuttle Mobil Launcher and a couple of SRBs as part of a vibration test:

Designed to carry the Saturn V and its mobile launcher, the crawlers are now being upgraded to carry up to 18 million pounds.

To my mind, these 50 year-old workhorses are highly flexible and versatile, and excellent examples of government work done right.