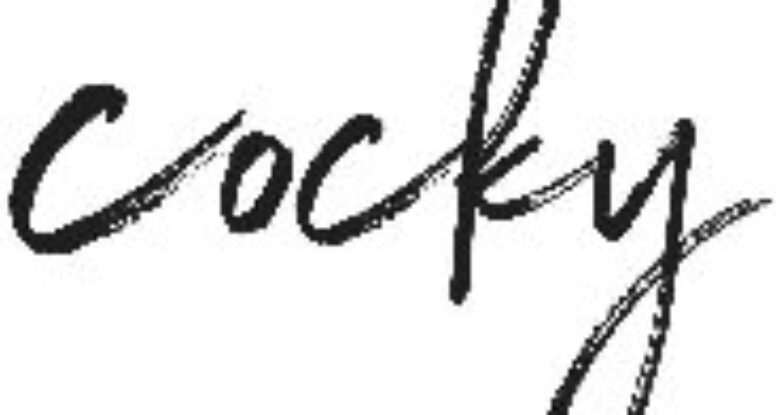 Sorry No, You Don’t Get Cocky

Apparently, there is a romance writer by the name of Faleena Hopkins who is claiming a trademark on the word “Cocky” and harrassing other authors for daring to use it. Some are calling this “#cockygate” and have set up a MoveOn petition to ask the US Patent and Trademark office to annul the ruling. This really isn’t necessary. Here’s why…

The artist formally known as (see what I did there?) Faleena Hopkins has sent at least one rival author the following:

First, the MoveOn petition will likely come to nothing because the USPTO is unlikely to be swayed by petitioners who’ve jumped on a social media bandwagon without understanding the case. Second, because Ms. Hopkins (or whoever she is) hasn’t a shadow of a leg to stand on, she can safely be ignored, or if she won’t be, sued into submission.

Why? Let me explain as I would explain in answer to the above claim:

THIS SHALL NOT BE CONSTRUED AS LEGAL ADVICE

Regarding your claim to trademark protection for use of the word “cocky.”

No dear, I’m afraid it doesn’t work that way.

Ms. Hopkins–or whatever your name really is–your attempt to abuse US intellectual property law for your own enrichment and to pray upon the works of others has been reported to the Romance Writers of America, to the USPTO, and to pretty much everyone in the social media literary universe who might otherwise have been willing to do business with you or the registered owner of these vacuous trademarks, Hop Hop Productions, Inc. CORPORATION DELAWARE c/o PSBM 235 Park Avenue South New York NEW YORK 10003.

My advice to you is to back off, apologize, and throw your legal advisors under the bus. If instead you choose to press your claim, you can expect multiple counter-suits for malicious prosecution, along with the bill for legal fees for both cases–including travel to the respective jurisdictions.

You don’t use my trademarks, and I won’t use yours, but no, you don’t get “cocky.”

Have a nice day.

THIS SHALL NOT BE CONSTRUED AS LEGAL ADVICE

I’d probably be more polite, but this is what I’d say.