The “New” US Space Force?

For the love of all that goes blinkity blink–the whole world’s gone nuts. Again.

The other day, apparently without consulting anyone, Trump said during a press appearance that he was directing the DOD to “begin the process of establishing a United States Space Force as a sixth branch of the military.” He also said some other things that made it clear he didn’t actually know what that means, and by stating “it’s not enough for the US to have a presence in space, we need to have dominance in space” he made it crystal clear that he doesn’t understand space, the policing of space, or–ironically–the international agreement on space he was actually there, with the press watching, to sign.

Trump doesn’t seem to realize this, but the proposal he’s rubber stamped is purely administrative. It was made over a year ago by a congressional committee organized during the Obama administration, and would make the existing Space Command a separate branch of the military instead of having it report up under the Air Force. Functionally, this by itself will make essentially no difference, since Space Command is already a joint command in which all branches participate, as it must be to do its job of controlling and securing the military space assets of all branches as well as protecting America’s vast civilian space infrastructure—when is now economically comparable to our ports and highways.

We are not sending troops into space. We are not deploying offensive weapons in space (at least, not any more than we do now, and officially at least, we don’t.) We are no

The only difference is that the Space Force will now have its own director and its own budget. Some seem to think that will help it fight for the funding it needs. Most seem to think that will only pile on more bureaucracy, which is why although this has been proposed off and on for fifty years, and Space Command (which started out as part of SAC) has been kicked around many times, it’s never been done. Indeed, pretty much no one in the military thinks it will do anything but spawn red tape and waste, but whatever.

The other reason it’s never been done (at least in this way) is that only an infantile moron would create a new branch of the military actually called “the Space Force” knowing that the whole world would misinterpret it as a provocative act (which it really isn’t, and the Russians have have similar problems finding a home for their space control “forces.” Eventually, if commercial space development kicks off like some hope, we may need an in-space equivalent of the coast guard, and the Air Force had been preparing for that at a very low level. That would not violate the Outer Space Treaty either, but would bring up a number of topics for the diplomats to discuss—if there are any left around by then.

Meanwhile, forget the rayguns and rockets. This is what US “space forces” will look like, whatever they are called. 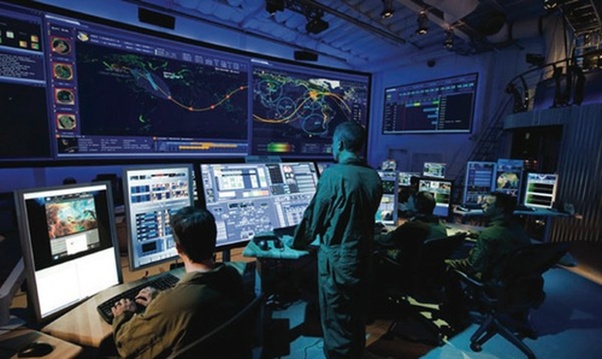