Who Started the Moon Hoax Myth?

A while back, a reader of my moon hoax debunkery asked who started the hoax idea rolling in the first place.

Naturally, at the time of the Apollo Program, some folks didn’t believe it, just as many people don’t believe anything they ought to or do believe what they shouldn’t. I had a high school teacher who didn’t believe in the Titanic because “nothing that big could float” (never mind the fact that by the time I was in high school, about a third of all ships on the oceans were larger than the Titanic).

Prior to 1969, people used to say “You can no more do (some impossible thing) than you can fly to the moon.” The idea had seemed impossible to most people since we first realized the moon was a place and not just a light in the sky. To people who didn’t understand science or engineering, it seemed impossible—but of course it wasn’t, and all the math needed to get there had been worked out by Tsiolkovsky, Goddard, and others, early in the century.

The first person to give real voice to moon hoax conspira-nonesense was Bill Kaysing, a technical writer who had worked for Rocketdyne until 1963, and who in 1976 self-published a book called “We never went to the moon.” Why? It’s unclear. Beside the moon landings were the Vietnam War, Agent Orange, Watergate and of course, the first conspiracy theory to achieve widespread notoriety–the Kennedy assassination and the purported second gunman. Kaysing fancied himself a skeptic, called the 1970s energy crisis an artificial shortage created to ram price increases down the throats of gullible consumers. Kaysing was not obviously insane, but he was as hard core anti-government as any prohibition moonshiner with an aversion to “revenuers.” He was also wholly unqualified to make the technical assertions he was expressing, and by his own admission, never watched any of the flights on TV and read anything about them in the media. In the final analysis, my guess is, technical writing with objective criteria didn’t suit him, and pretending expertise to a bunch of ignorant sycophants fueled his ego.

He made a large number of idiotic claims that in fact only demonstrated his ignorance and paranoia. For example, he claimed (without evidence) that the mighty F1 engine was wholly unreliable and so NASA was forced to cover that up by welding clusters of proven B-1 engines inside the F1 engine bell in order to simulate a lunar mission by launching a (presumably mostly empty) Saturn V that could never leave orbit.

A few problems with this include:

I could go on at length about how much Bill Kaysing didn’t know, what that says about him, and what that says about people who swallow his horse hockey, but there’s little point. The above example is demonstrative. If you care to, you can read more on http://BadAstronomy.com or by searching my site, cStuartHardwick.com for “hoax.” It’s worth noting, however, that like any cult leader, he repeatedly changed his story over the years as he we publicly refuted, and always claimed that the revised “theory” was supported by documents he had seen while at Rocketdyne (and naturally no longer had).

Kaysing may have had a screw loose, or he may simply have been exploiting the same public ignorance and penchant for sensationalism that sold books on Pyramid Power, Ancient Astronauts, Dianetics, and Edgar Cayce. The deeper issue is not why people doubted the moon landings (skepticism is healthy) but why they can’t tell the difference between the idiots, scoundrels, and fools who still beat his drum, and the intelligent men and women who took our species to another world—and left behind a veritable ocean of evidence of the event.

After all, my Grandmother, who dropped out of school after the third grade in the first decade of the 20th century, understood that there were other people who knew things she didn’t. The moon hoax people seem not to, or seem unable to come to grips with that reality. That’s a problem, because they have the same vote as anyone else. 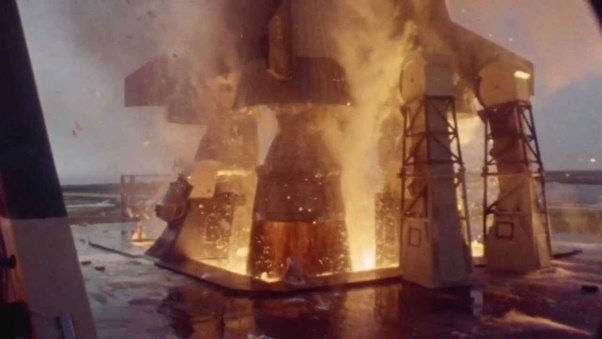