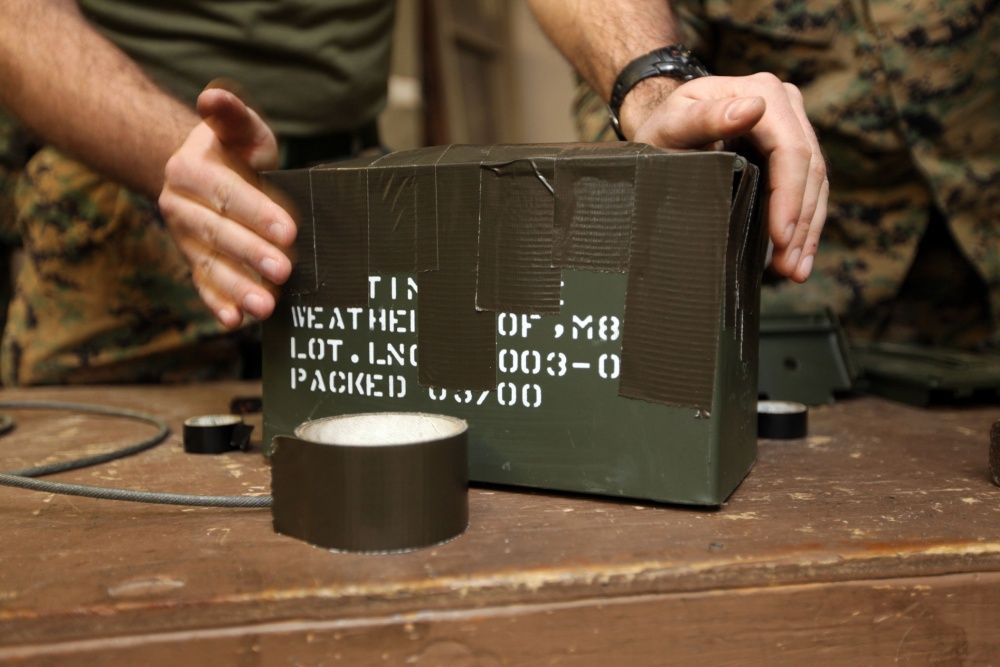 The resulting tape, made of low-density polyethylene bonded to cotton webbing, was made in OD Green by a number of government contractors, and was naturally a big hit with the troops–who must have seen both the durable adhesive and tough, stretchy then-high-tech polymer backing as something out of Buck Rodgers. During the post-war building boom, manufacturers turned the tape gray and marketed it for everything from its original purpose and the general duty for which it’s now widely admired to–God help us–duct work installation.

But here’s the thing: duck tape is not, and never was, suitable for use on duct work. It doesn’t stick well to dusty surfaces, has poor resistance to long term moisture exposure, fungus, or pests, and both the adhesive and backing become brittle and deteriorate quickly when exposed to high heat. By the mid 1960s, tradesmen knew full well not to even think of using the stuff in an attic (a decade later, my uncle warned us against using it in his plumbing business). Duck tape may be “The handyman’s secret weapon,” but despite marketing and as least on brand name to the contrary, it was never “duct” tape. Indeed, Lawrence Livermore Labs, as part of a larger study of construction sealants in the late 1990’s, tested the gray tape in simulated attic conditions and found most brands failed within days, and all within months, calling the stuff “anything but duct tape.”

Of course, HVAC installers the world over did actually need duct tape, and by the 1970s, 3M and others had developed thermally stable adhesives which, when combined with an aluminum backing, made a watertight, air-tight, conformable tape that will stick to dirty surfaces, stay perfectly in place for decades–then come off without a mark. Today’s it’s sold by many manufacturers as HVAC tape–and it’s damn near as handy as the gray stuff ever was.