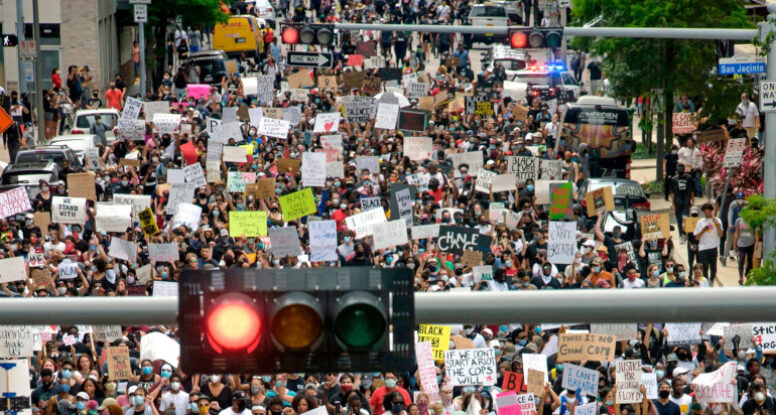 To The Mayor Of Every US City

I sent this letter to Mayor Sylvester Turner, of Houston:

For what it’s worth, I have a suggestion relevant to the current state of unrest.

I hope we can agree that while the police are an essential, and for the most part positive element in our society, America’s police today–as a community–are too prone to escalation, too free with violent action, too tolerant of racism, too adept at covering for their own transgressions, and too ineffectual at the community dialogue essential to maintaining understanding and engagement with the communities they serve. Some departments are better in some these areas than others, but as a nation, this is the state we’re in. America’s police are too racist, but they are also to militant, too often needlessly belligerent, and too often a haven for those looking for cart blanche to hurt others.

Thus, to end this unrest–and more important, the decades of injustice behind it–we need a bold, public, transparent national initiative to reform our police, to put in place standards of conduct, training, and community oversight to effectively address all these problems. Especially the community oversight–over all objections by the unions.

And Mr. Mayor, you and I know such an initiative is never going to come from this administration. My suggestion is this: that you carry this idea to the Conference of Mayors or to some other similar group in which you hold sway. That mayors who see and acknowledge the problem band together to make the needed reform happen, and to pressure those who don’t to step aside or step down.

Mr. Mayor, we are at a watershed in our nation’s history. Protestors cannot save us. Middle aged white guys like me can’t save us. The president can’t and won’t save us. Police chiefs can’t either, and their unions would never permit them to.

I believe it’s up to the mayors and governors, and if you do the right thing, the rest of us will have your back.