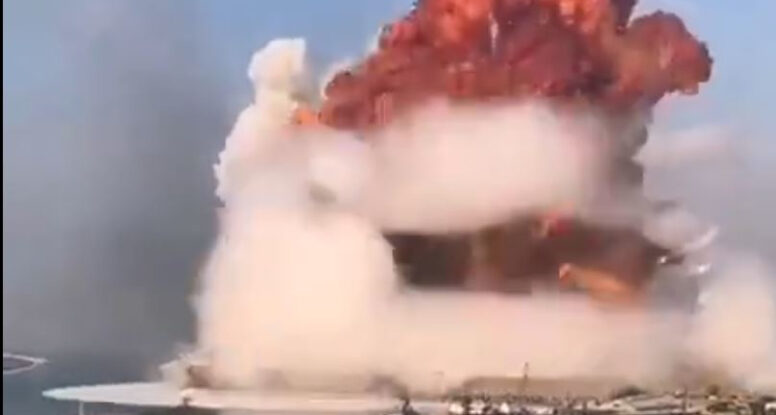 I write this moments after a massive explosion rocked the port of Beirut Lebanon, and before the wold can catch a breath and think what help might be appropriate, online conspiracy nuts are whispering “nuke.”
It was not a nuke. He’s how we know:

In a chemical explosion, chemicals combine to release large quantities of (usually hot) gas, which expand in a destructive shockwave.
In a nuclear explosion, essentially all the energy is released as x-rays and/or gamma-rays. These are absorbed by a large sphere of surrounding air (or water) which is heated to incandescent plasma in an instant, starts expanding, and creates a shockwave.

Nuclear blasts produce a characteristic double flash. The first flash is the detonation, but once the fireball breaks down into plasma, it becomes opaque to visible light. The second flash occured when the expanding front of the fireball compresses the surrounding air enough to cause it to incandesce (glow white hot).

This double flash is too fast to be caught on a cell phone camera, but the initial flash is bright enough to burn out the sensor in a cell phone camera and to instantly blind and burn anyone standing withing a kilometer of so. The infamous “ghost shadows” of Japan are not the remains of vaporized people as many believe, but shadows flash burned into dirt and lichen growing on surfaces in the first millisecond after detonation. None of that happened here. Nor was there the characteristic “mushroom cloud” that occurs then superheated air from an atomic blast rockets into the stratosphere, cools, slows, and is pushed out of the way by more rising air behind it. Here’s where the cameras saw: 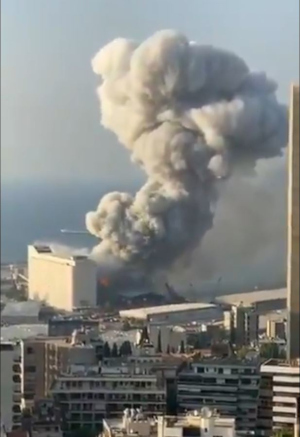 Fire at the port. 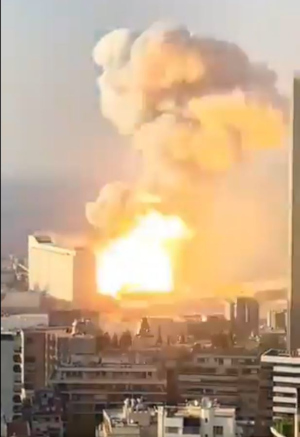 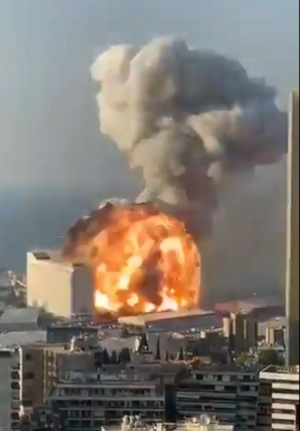 Leads to expanding cloud of combustion. 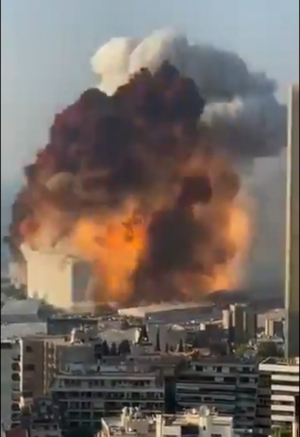 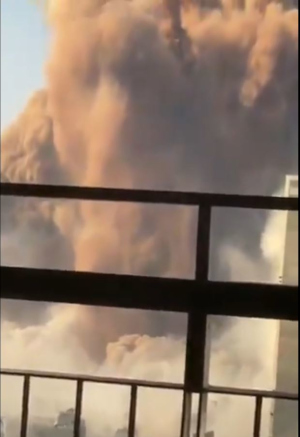 Leaves a “cold” cloud of debris.

This is a chemical explosion, but an impressive one that will have causes vast damage and casualities in such a built-up area. It was, however, large enough to produce some interesting effects normally only visible in nuclear test footage. 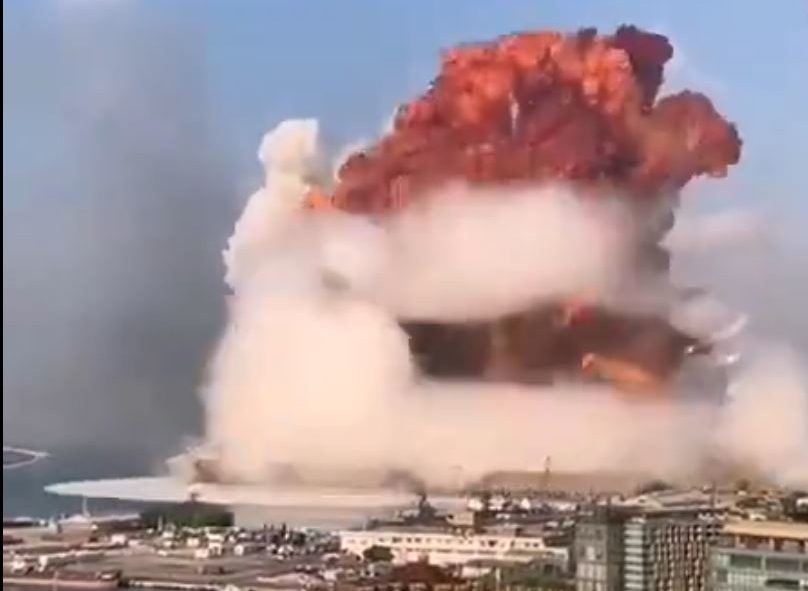 This is the explosion from another angle. The white cloud is the vapor cloud produced by the pressure drop behind the expanding shockwave. The window in the cloud is the shock shadow of the massive storage silo facility that stood right next to the explosion.