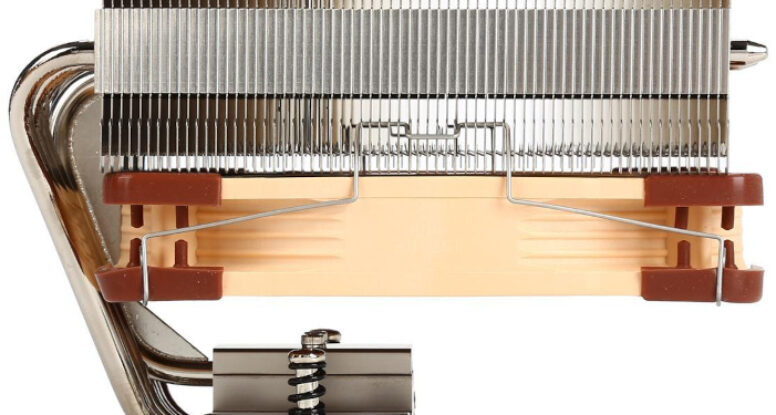 If You Can’t Stand the Heat…

When it comes to computers, I’m not exactly a gear head. I built my own from an 8085 chip set as a kid, but these days I just want one that works. I like to get the job done, but I’m also thrifty and I don’t enjoy spending more than I really need to. Throughout the quarantine and for many years before, I’ve been using as my main home computer a cheap HP desktop I bought years ago for my wife when she needed it for a job she no longer has. It did what she needed and what I needed too until I started software development and video editing.

Earlier this summer, I decided if I was going to keep making videos, I needed to spend less time twiddling my thumbs and restarting after crashes. I bought an HP Envy with an Intel I7 processor that’s pretty good but certainly not the best to be had. I immediately doubled the memory, knowing I would need it for editing. This process was made slightly annoying by the machine, with a capacity of up to 32GB in two DIMM modules, coming with two 8GB modules so that in order to use it’s full capacity, you have to replace BOTH instead of just adding one. I don’t know if HP received the giant middle finger I mailed them, but I did replace both DIMM modules with faster models by Crucial, and I sold the originals on eBay, recouping the cost of the second module, so that’s good.

The Envy is a rocket, but video editing (and especially rendering) is a job for massively parallel computing. So a few weeks ago, in the midst of a global chip shortage, I invested the bulk of my Patreon support money in what I told my kind patrons I would–less wasted time so I can spend more time on creating. I found a EVGA GeForce RTX 3060 XC GPU with two fans and 3,500 processor cores on an eBay competitor called StockX and got it for only about double the list price. Great. This is far from the best (or most expensive) GPU on the market, but installed, it boosted video rendering speed by 850%–an excellent value for money.

But to run it, I had to replace the Envy’s piddling 180 watt power supply with a 500 watt model that HP kindly made available as an exact replacement for a mere $60. I may have been a tad hasty with that middle digit.

But with all those new cores sucking all that additional wattage, it gets a lot hotter in the case, and even with the GPU, video rendering is still CPU intensive (as is software development, audio editing, and listening to music on YouTube while writing). The Envy came with a low-end CPU cooler, a little finned affair with a 3″ fan. This is fine for the Internet browsing and office work the Envy is targeted to, but during my test video render, the CPU topped 80% of its maximum operating temperature. That’s not a disaster, but as an IT guy I can tell you for a fact that anything running at 80% stress for any length of time will experience a shortened life. This is certainly true for CPUs. So I found a YouTube video in which a guy put one of these nutty looking things in the same HP Envy I have: 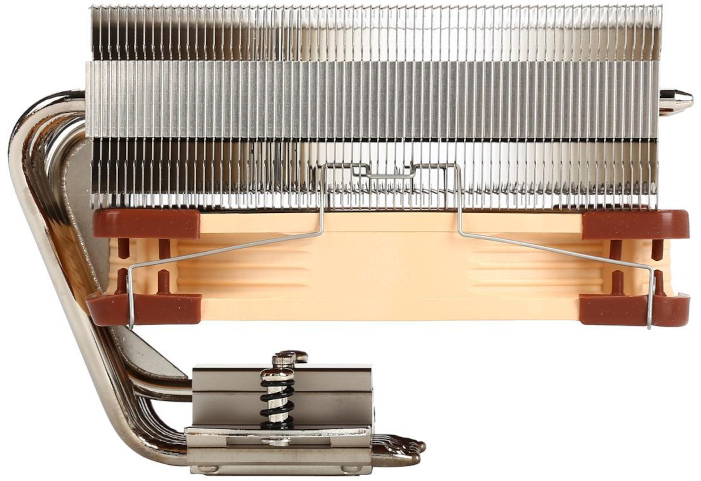 This is a Noctua NH-C14S C-type 140mm CPU cooler, don’t that sound fancy? I resisted shelling out another $90 for this thing, absurdly oversized for my needs and clearly designed to appeal to gamer gear-heads with its pretty nickle plating. But…the Envy isn’t really designed for upgrades, and this one would definitely fit, and a fair amount of time soaked up into investigation told me few alternative had any hope of elbowing into the close quarters between the case and the CPU and the crowding memory modules.

So okay, whatever. Another ninety bucks, and I had to remove the CD ROM drive I shall never use and the two little plates used for no other purpose than to support it and having no other effect except to interfere with air flow, and now if you open the little door in the front instead of a CD-rom drive you see the cooling fins of this monster, an aluminum radiator cooled by a 5″ fan wicking heat off the CPU through seven nickel-plated copper heat pipes.

So does it work? Well the test render before installation peaked the CPU at 81°C (178°F) almost hot enough to make my coffee. After installation (and letting the machine get back up to temperature) the same render maxed out at 67°C (152)°F, and the normal operating temperature while surfing and writing has dropped from around 55°C to 35°C, and I can’t even hear the fan. Is it worth $90, twice the price of some cheaper models? Well the price doesn’t matter if the thing won’t fit, and this one does fit.

So yeah. It works. If you have an HP Envy or some other machine that needs better CPU cooling and is a tight fit, it might be the solution for you too–but watch the YouTube video before taking tools in hand.

By the way, Noctua is a highly-regarded maker of top quality products, but they shipped this particular unit with the fan mounted upside down and backward, rotated 90 degrees such that the fan wire race blocked the mounting screw and it would have been 100% impossible to install. Fortunately the fan is easily removable, made that way to permit for relocation to the other side of the radiator or replacement, so it wasn’t a big deal.

A video and software production, not wasting my time capable system for two grand. Not bad.

Cheers. Back to work.