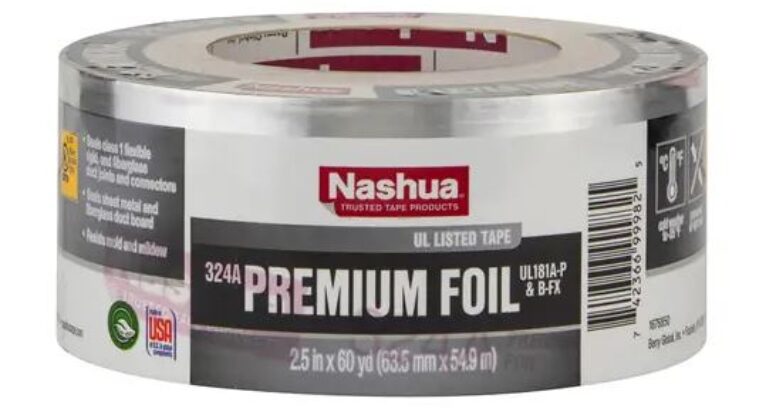 New is Not Always Improved

Today I made a special trip to the big-box hardware store only to learn they no longer stock aluminum HVAC tape. In case you don’t know, this product is the jack-of-all-trades “duct tape” (more properly Duck Tape) pretends to for a wide range of tasks around the house, studio, and attic. It’s strong, easily to apply, light-proof, leakproof, and removable, almost always without a trace. And unlike Duck tape–which was designed for waterproofing ammunition crates in WWII, not for sealing ducts, aluminum HVAC tape sticks like hell, even to less than perfectly clean surfaces, is impervious to moisture and heat, and will not turn to dust in the attic.

I have used it to build studio lights, seal leaks in my HVAC system, build an attic door insulation cover out of scrap polystyrene, attach dryer vent hoses, and as a removable duct attachment to permit annual cleaning of the dryer exhaust duct through the attic. When I renovate, I also use it the seal the duct plenums to the ceiling drywall to reduce drafts and prevent windy weather from pushing attic dust down into the house.

Recently, I installed an air return from our master suite, which forms a peninsula at one end of the house and which has always been difficult to heat. Upgraded windows, attic insulation, and a duct booster fan have helped. The air return is to provide more space for air returning to the HVAC intake without having to squeeze around the bedroom door, building up a rind of dust over time.

For this purpose, a company called “QuietCool” makes an air return with a built-in acoustic baffle made to be installed through a wall. That would work, but that would be ugly and conspicuous on the wall between the master suite and living space, so I elected to modify the device to vent through a few feet of insulated attic flex duct. 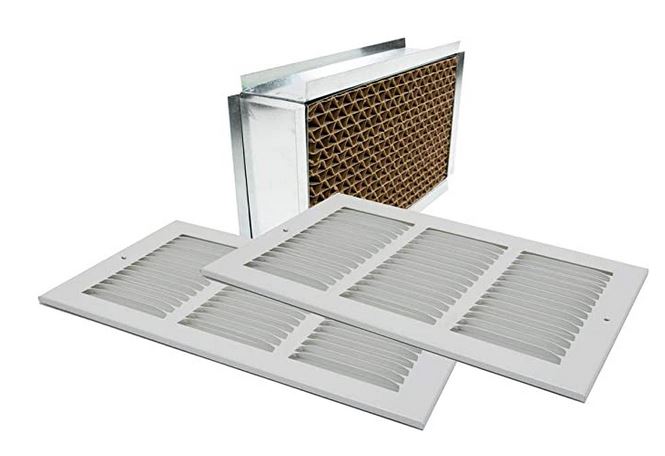 A few hours of sweating, cursing, and low-crawling through the attic later, I had installed two sheet metal register boxes and was ready to close up the ceiling, but I wanted to seal the edges like I always do, and alas–I’d left the HVAC tape up in the attic, waiting to be used to make the last duct attachment.

Pro-tip, aluminum HVAC tape is perfect for this sort of attachment, as unlike with clamps, it’s not necessary to have everything fit so perfectly that you can pull a couple of inches of duct up over the sheet metal; barely getting it on is fine–the metal tape will hold it and with a few extra layers become a permanent (but removable, should the need arise) part of the duct.

Since I needed some special fiber-reinforced spackle to repair an erroneous cut through the ceiling anyway (so it won’t ever crack after the paint goes on) I ran to the store to get that and an extra roll of metal tape. But alas, they no longer carry the tape. Instead, they have a dozen varieties of fabric duct take, mastic tape, seal tape, repair tape, and a shitty little $9 roll of aluminized Mylar with a weak adhesive sold as “dryer vent tape.”

No. Just no. The mastic tape might have its place, and the improved fabric-based duck tape might–if it has a more heat-resistant adhesive than its more common antecedents–be truly the handyman’s secret weapon, but none of these products are a replacement for aluminum HVAC tape. For a start, most have a plastic backing that cannot be torn, making them useless to an HVAC installer paid by the hour.

Proper HVAC tape comes as a roll of aluminum sandwiched with wax paper to protect the adhesive. The paper is a hair too narrow and designed to rip, to which you are up in an attic with sweat dripping in your eyes, a quick tear is all that’s needed to produce a piece of tape of the desired side with the back paper ready to peel. None of these new-fangled plastic-based tapes can be installed without scissors, or without a fingernail long enough to peel the cut edge up from the roll. They are useless. Honestly, they are all designed to appeal to hardware amateurs who don’t know what they are buying.

I bought the roll I thought might be most suitable and sealed the registers as best I could. The tape only stuck to the metal, not the drywall, and could not be made to seal corners at all. The roll went in the trash afterward. Fortunately, I still had enough aluminum tape to finish the duct connection up in the attic, and I just ordered another roll off Amazon so I’ll have it when I need it, which I will.

Most hardware stores still sell aluminum HVAC tape. It’s not going anywhere, and I do not believe for one second that any commercial installer is going to use any of these tapes unless for some particular sweet-spot use case. Aluminum HVAC tape is perfect for a wide range of jobs, especially attic jobs, and I’ve replaced pieces that were still holding, still sealing, after 20 years in a hot Southern climate attic. The product just cannot be improved.

But alas for manufacturers, a product that can’t be improved also can’t be indefinitely protected by patent. Aluminum HVAC tape relies on an adhesive developed by 3M and originally licensed to Nashua and other major HVAC suppliers. But I guess the patent’s run out, so now capitalism demands new products be developed, even where they aren’t wanted or needed, even where they are fundamentally inferior–if marketing can pull the wool down. Capitalism is a great driver of innovation, but that’s not always the absolute good it’s made out to be.

By the way, what most people call “duct tape” isn’t any such thing, even though one manufacturer famously sells it under that brand name. Duck tape was created to fill a WWII US Army request for waterproof tape for sealing ammunition crates for use in the tropics. Durable and easy to tear into usable lengths, the product (based on cotton duck impregnated with a resilient plastic) became a handyman favorite after the war. Is was called “duck tape” because of the fabric backing and because of its original purpose but after the war, became widely and incorreclty known as “duct tape” because of one particular company that still markets it under that name, even though it is not and never was suitable to ductwork, and will turn to dust in as little as a few months in the temperatures found in attics. Duck tape is great for what it’s great for, and gaffer tape for what its meant for. HVAC applications require the high-temperature adhesive and impervious durability of aluminum HVAC tape.