Greetings readers! You may or may not know that frequently, one or two of Writers of the Future contest finalists are selected to appear in the anthology even through the didn’t win, per se. It’s a high honor, because it basically means the contest judges thought they were pro quality, even if another story edged them out, and they still get to attend the prestigious week long workshop in LA.This year, the published finalist is my good friend, David VonAllmen. 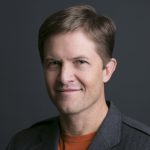 Stuart: David, welcome. Thanks for dropping by. Why don’t you start by telling my readers a little about yourself.

David: Okay. I live in St. Louis with my wife and two kids, and I am the only person ever to be Collegiate National Cycling Champion in all three disciplines: road, track, and mountain bike.

David: Two of my former teammates rode on Lance Armstrong’s team in the Tour de France, and yes, one of them got suspended for performance enhancing drugs after winning an Olympic gold medal.

David: After college I got into martial arts, which was frustrating because I felt like much of what I learned wasn’t really teaching me applicable real-world self-defense. The first time I saw the Ultimate Fighting, I realized I had to figure out what those guys were doing and learn that. So I found a school in Denver (where I was living at the time) that had both Muay Thai kickboxing and Brazilian Jiu-Jitsu and went at it. The guy who taught me Muay Thai holds the record for the fastest knockout in UFC history, so I guess it was a pretty good school I happened upon. Now that I’m a writer, I’m glad I went through a dozen martial arts before I settled on one, because now I have such a great overview of the different styles, I can write about Kung Fu fighters in China or boxers in America or Russian SAMBO fighters.

Stuart: Interesting. It’s always neat how things like that cane give a writer a unique perspective–contribute to his literary voice. So what got you from athletics into writing?

David: I started playing Dungeons and Dragons when I was 13, but it wasn’t long before I realized that I liked building the stories a lot more than I liked playing. So I sat on the computer for hours every day writing what I can only imagine were absolutely terrible science fiction stories. I just wasn’t coming up with ideas that I really thought clicked. I had never considered fantasy, but then I read Neil Gaiman’s Neverwhere and realized “If this is fantasy, then fantasy can be… anything.” After that I was off to the races, seeking out not just fantasy, but cramming my head full of anything I could find in my attempt to stretch my brain in hopes of thinking up some wild fantasy concepts that were far outside the norm.

Stuart: Cool. So do you have any “fantastic” superpowers? It’s okay. You can tell us.

David: The only superhuman power I ever had is hard to explain to anyone who never raced bicycles – it was hard to explain even to most people who did race bicycles. I was able to read shifts in momentum that told me when someone was going to launch an attack or when the pack of riders was easing up and it was a good opportunity for me to launch an attack. Sometimes I’d feel that there was, well, not less speed so much as less impetus at the front of the race, like the speed was left over from a moment before but now everyone was soft-pedaling and I knew if took the next corner just fast enough to open a couple bike-length gap and then jumped hard while everyone else was still going through the turn, I could get away. I won plenty of races that were full of guys faster than me. I remember after a race I won, one of my teammates said, “Man, I was trying to get off the front all race long and then all of a sudden I looked up and you were gone. How did you do it?”

Stuart: You know what? I’m totally going to count that. I guess we all have those moments, those areas, where if be pay enough attention, we can see what others can’t. I think that’s as close as you can get to second sight, and maybe it’s part of why we write. That, and to relieve our childhood, right?

David: (Laughs) The first movie I ever remember seeing was Star Wars. That tells you most of what you need to know to understand me. My favorite toy was LEGO. I would build space stations and space ships in my room for hours. It took me hours to fall asleep every night, and sometimes, my mother would come in at midnight and I’d be building intricate Lego spaceships in the middle of my bedroom floor.

Stuart: {laughs) I can almost picture it, like, with a sheet of the LEGOs and a flashlight underneath! Neither sleet nor hail nor raim will stay the creative mind! Speaking of that, can you tell me a little about your WotF story?

David: Sure. Chuck Berry is from St. Louis too. The guy is knocking on the door of 90 years old, but believe it or not, he still plays concerts every once in a blue moon in this small basement club named The Duck Room in his honor. A friend of mine took his aunt there to see Berry play and when I asked him how it was he just shook his head and said, “Chuck ain’t what he used to be.” That got me thinking about what it would be like to be so great at something that your whole life revolved around it, but no longer be able to do that thing. And, of course, since I’m a speculative fiction writer, I started wondering what if that thing that you used to be able to do was magic? I can’t even remember all the brainstorming that took that idea and formed it into my Writers of the Future story, “The Magnificent Bhajan.” It’s about a magician who was once a great benefit to his kingdom, but has very little magic left. When he finds evidence that his nemesis has returned after having been thought dead for many decades, he fears he may be fooling himself, imagining the threat so that he can feel useful once again.

Stuart: Intriguing! Man, I can’t wait to read it, and I can’t wait to hear about your adventures in LA after your workshop week. Before you go, I want to thank you–my readers may not know, we writers don’t just sit in a cave bleeding over the keyboard. We also critique each other’s work, and your critique of my Jim Baen Award entry for this year was no doubt instrumental in landing me in the finals again. So thanks for that, enjoy the workshop, and thanks for stopping by.

David: Hey, don’t mention it, and congrats, and this was fun, thanks!

Find out more about David at http://www.davidvonallmen.com.

Coincidentally, Chuck Barry was found dead at about the time I was writing this post. Our condolences go out to his family and many, many fans.